The Academy of Motion Picture Arts and Sciences has been notified that Affleck, who won the Best Actor award in 2017 for Manchester by the Sea, is not attending the red carpet event.

Affleck's absence in the Academy Awards is in effect of the scandal surrounding his recognition by the guild following sexual misconduct cases. Two women, who worked with the actor in the film I'm Still Here, filed separate sexual harassment lawsuits in 2010.

The 42-year-old The Kennedys of Massachusetts star has since maintained his innocence, and the cases were eventually settled out of court.

Meanwhile, Jane Fonda (Monster in Law, 2005) and Helen Mirren (The Queen, 2006) will also present the Best Actress Award instead of Emma Stone.

Lawrence won the Best Actress award in 2013 for Silver Linings Playbook, while Jodie Foster has won a back-to-back Best Actress recognition for The Accused in 1988 and The Silence of the Lambs in 1991.

Timothy Affleck, father of brothers Ben and Casey, associated the culture in Hollywood to his sons' personal troubles.

In a magazine interview, the 74-year-old head of the family called Hollywood a "disgusting place," which has contributed to Ben's drinking problems.

"It has taken a toll on both of my sons. Hollywood is a disgusting place. I think that's been a major factor in Ben's drinking," Timothy said.

The Scotland-born father also said that Ben's celebrity status has cost his son his marriage. The award-winning actor divorced his ex-wife Jennifer Garner in 2015. When asked about the family's sexual harassment scandal, Timothy dismissed the allegations against his sons.

"It doesn't interest me. They know what they're doing. They're both kind and good men. They treat women well, I can guarantee that. After 40 odd years, you know your kids," Timothy said.

Aside from Casey, Ben was accused of sexual misconduct, which he later said he does not recall happening. Hilarie Burton claimed that Ben groped her while doing a hosting stint for MTV's TRL in 2003.

The Best Actor recognition may be awarded to any one of the following candidates: Timothee Chalamet (Call Me By Your Name), Daniel Kaluuya (Get Out), Daniel Day-Lewis (Phantom Thread), Gary Oldman (Darkest Hour), and Denzel Washington (Roman J. Israel, Esq.)

The Oscars 2018 will air on Sunday, March 4 at 8 p.m. Eastern or 5 p.m. Pacific on ABC. The awards night will be hosted by actor-comedian Jimmy Kimmel. 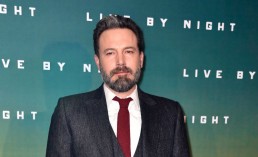 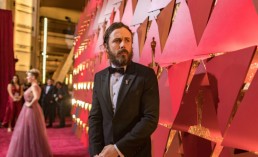 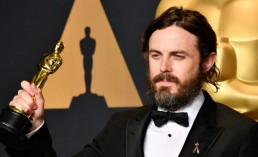