Gwen Stefani and Blake Shelton have been splitting their time between Stefani's home on the west coast and his home in Oklahoma for years.

As fans have seen, Stefani and Shelton enjoy time in Los Angeles when they are working but also frequently visit Shelton's ranch with her three children. However, according to a recent report, their trips to Oklahoma weren't quite enough for Stefani and Shelton to gain the privacy they've been hoping for. Ultimately, sources claimed they would soon be taking a break from Hollywood.

On March 1, E! News claimed Stefani and Shelton had seemingly been trying to keep their romance off the radar in recent months. Around the same time, a report from the Inquisitr suggested that the couple may soon leave Los Angeles for good.

The report also said the couple were “planning to quit Hollywood to have a simpler life” and have “decided to move to the Midwest.” However, according to Gossip Cop, they shut down a similar report from Radar Online at the end of February after being told that the couple had "no plans" to leave Los Angeles permanently. Instead, they seem to be enjoying their current balance of time in Oklahoma and time in California.

Stefani and Shelton have been facing pregnancy and wedding rumors for the last two years but so far, they seem to be holding off on taking those potential next steps in their romance as they focus on otheir careers and their time with Stefani's family, including her boys Kingston, Zuma, and Apollo.

Although Stefani and Shelton won't be walking down the aisle anytime soon, that doesn't mean they aren't totally in love with one another. In fact, according to a report from Hollywood Life at the end of last year, Stefani has never been more into her man than when she experienced the 2017 holidays with him.

"She didn’t think she could love him any more than she already did but then he pulled a total Super Dad for her kids on Christmas," a source explained at the time. “Their dad ended up going to England for the holidays so it was all on Gwen and Blake and he totally hit it out of the park. He was up with them at the crack of dawn on Christmas morning. And he had all sorts of surprises for them, he even made a treasure hunt. Seeing Blake make her kids so happy is better than anything in the world for Gwen." 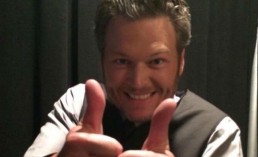 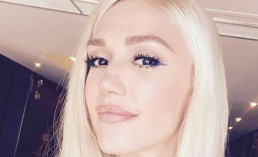 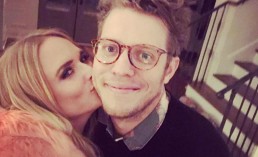