NBC has tapped award-winning Jeri Ryan for a lead female role in the network's new drama series Suspicion. It is a Hitchcockian thriller based on Joseph Finder's book about a man's resolve to go far to protect his family.

The new TV series stars Derek Luke as Danny Goodman, who loans a huge amount from his millionaire neighbor and friend Tom Canter.

Later, Danny learns that Tom's money is tied to a case investigated by the FBI. The police then coerced him to become an informant in return for his freedom. In the story, this will be Danny's greatest regret, which will force him to engage in corruptive and violent practices to ensure the safety of his family.

Fitted For The Role

Ryan, 50, will play Tom's wife, Celina, who remains humble despite her family's riches.

The Body of Proof actress' first major role was in Star Trek: Voyager and as Veronica Allen on Bosch. She also appeared on TV shows such as Major Crimes and Helix.

Luke, 43, is known for his role in 13 Reasons Why as Kevin Porter and in the 2016 remake of the series Roots, where he played Silla Ba Dibba.

Goldberg is the creator and executive producer of The Path, which currently runs on its third season on streaming service Hulu. She also cowrote and produced NBC's Parenthood, Deception in 2013, and Refuge in 2012.

Finder also worked on another thriller-based book titled The Switch. In an interview, the award-winning writer said he has special inclination to write about thrillers due to its ability to reflect society's troubles.

"I think thrillers play upon the ambient anxieties in our society. You can write a thriller having nothing to do with the headlines, but it will still have some relationship to what's going on in our culture," Finder said.

The 59-year-old Illinois-born author said he tends to shy away from writing about real-life events because readers would find it hard to believe.

"This is the kind of story I wouldn't make up; it just seems too far-fetched. Basically, a thriller is about the restoration of order ... The story must make sense," Finder explained. 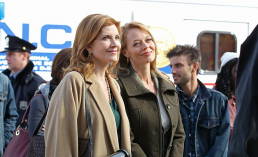 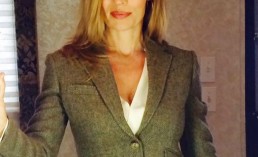 'NCIS' Spoilers: Jeri Ryan's Appearance On Season 12 Will Be A 'Huge Deal' With 'Some Goodies' [PHOTO]