The Charmed reboot on The CW concludes its final casting and has finally found the last sister to complete its cast.

Madeleine Mantock, who also starred in The Tomorrow People and Into the Badlands, is playing the role of the eldest sister Macy. Based on the plot, Macy is a geneticist with a brilliant, practical, and driven personality. She will serve as the driving force among her two sisters.

Melonie Diaz is the middle child, Mel, who is an outspoken lesbian and activist who lost her way after her mother's death. Diaz also appeared in other TV shows like Elementary, Rizzoli and Isles, Girls, and Person of Interest.

The youngest of the sisters, Madison, is portrayed by Sarah Jeffrey. Madison has a bubbly personality. She initially wants to join the sorority, but being witch conflicts with her college goals. Jeffrey became popular in shows like Shades of Blue and Descendants.

Charmed tells the story of three sisters who accidentally discovered their witching skills after their mother's death. In the official logline, The CW's reboot of the show follows the following narrative.

Apparently, not all fans are excited about the remake of the 1998 TV series. Charmed original cast Holly Marie Combs took to Twitter to share how she feels about the reboot of her breakthrough show in 1998.

"Here's the thing. Until you ask us to rewrite it like Brad Kern did weekly don't even think of capitalizing on our hard work. Charmed belongs to the 4 of us, our vast amount of writers, crews and predominantly the fans," Combs wrote, referring to the four original witch sisters, namely Piper, Phoebe, Paige, and Prue.

"FYI you will not fool them by owning a title/stamp. So bye," adds the actress who played Piper Halliwell in the show.

Combs went even more provocative in her tweet back on Feb. 8, where she called out Jessica McCarthy. McCarthy played the role of Mitzy Stillman in the 2003 episode.

When a fan asked whether Combs support feminism on the show, the actress said she only wished the reboot cast well. 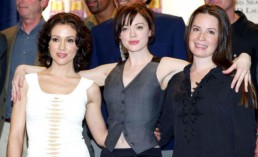 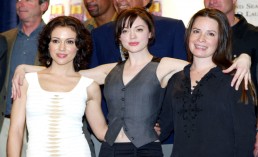 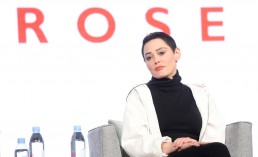