Rose McGowan is requesting the courts to drop her charges on felony drug possession against her due to lack of jurisdiction.

Authorities found cocaine in McGowan's wallet, which was reported she left aboard a United Airlines flight at Dulles International Airport on Jan. 20. McGowan was traveling to Washington DC to join the Women's March against sexual abuses in the entertainment industry.

In the appeal letter submitted to the Loudoun Circuit Court, McGowan's attorney Jessica Carmichael said the evidence against the respondents is inadmissible. Carmichael said that it took five hours before the wallet was found and reported to the authorities.

McGowan's camp alleges that the case is Harvey Weinstein's tactic to silence his victims. Weinstein has complaints of sexual assaults in the United States and the United Kingdom.

"It is now public knowledge that Weinstein employed underhanded tactics to 'silence' his victims," Carmichael wrote. "There is simply no point in time at which the evidence places Ms. McGowan and the cocaine together in the same place," she added.

Carmichael further argued that McGowan's case should be dismissed on the grounds that many people have boarded and left the aircraft during the five hours that her client lost her wallet.

McGowan's legal counsel also said that alleged crimes that occurred on interstate business places should be processed by a federal court and not a state court, thus the lack of jurisdiction on the case.

"When a crime is committed on an aircraft, however, and the state over which it is flying at that time cannot be determined, it falls under the special aircraft jurisdiction of the federal courts," Carmichael explained.

One Of The Victims

Carmichael insisted that her client maintains innocence against the crime filed against her. She noted that Weinstein hired private investigators in an attempt to stop complainants from testifying against him.

McGowan's attorney, who is a named partner at Harris & Carmichael, PLLC, also claims that the 65-year-old producer met with his private investigators before McGowan's warrant was made public. Carmichael said that it is highly likely that someone had slipped the cocaine into McGowan's wallet even before she lost it.

In late October 2017, the Metropolitan Washington Airports Authority released a bench warrant after failing to communicate with McGowan. Two weeks later on Nov. 14, McGowan was arrested and consequently released on bond after a voluntary surrender to the authority.

Weinstein's camp is yet to release a statement in response to McGowan's allegations. 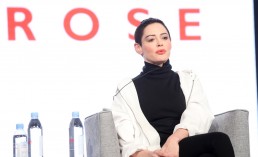 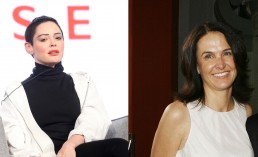 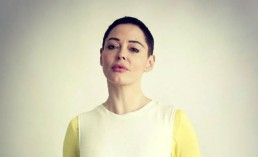