NBC taps Blake Anderson to play a lead role in the upcoming TV series called Like Family together with other Workaholics original stars.

The 34-year-old actor-producer from Sacramento will play the role of Mason, a conceited millennial, who relies on his parents telling him he is great with no assurances other than that.

Like Family is the story of Aubrey (Kether Donahue) and Artie (Brandon Mychal Smith) who both grew up in foster care and consequentially developed a strong sibling-like bond out of their circumstance. However, they will soon discover that such close relationship would complicate their adult lives.

Alongside Anderson, Like Family also stars Rebecca Mader. The 40-year-old actress is known for her role as Charlotte Lewis in ABC's Lost and Zelena, the Wicked Witch of the West in Once Upon A Time.

Like Family is written and produced by Suzanne Martin together with Sean Hayes and Todd Milliner. The comic series will be shown on Universal Television and Hazy Mills production houses.

Anderson is one of the co-creators of Comedy Central's Workaholics which ended in 2017 after seven straight seasons. He and costars Anders Holm and Adam Devine will play roles in the upcoming Netflix original film Game Over, Man.

Anderson is also co-producing Netflix's Eggplant Emoji. He is also a voice actor in the same channel's Voltron Legendary Defender.

With Anderson, Devine, and Holm together once again in the upcoming original movie Game Over, Man, fans are thrilled to have a reunion show of the comedy trio.

In the Netflix trailer for Game Over, Man, the trio plays the role of hotel waiters in a personal mission to stop terrorists from taking over a star-studded party in a Los Angeles hotel.

The scene resonates with Die Hard, only this time, the lead characters try to make some laughable moments.

"We should be chugging champagne," says Devine in the opening scene of the trailer.

"We should be collecting diamonds, collecting albino pythons," Anderson then responds while smoking vape.

The three-person gang continues to execute a John McClane style in that hostage situation, to which they bring nothing worth of action but of comedy.

Game Over, Man is directed and co-produced by Kyle Newacheck, who also played Kyle in Workaholics. Newacheck and Anderson started doing comedy skits on the internet prior to the creation of Workaholics for Comedy Central.

The film is a reunion project of the Workaholics original casts after they split in March 2017. 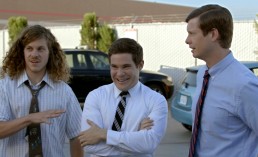 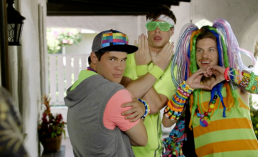 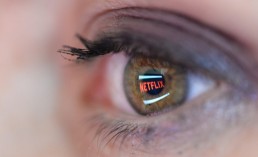