Kris Jenner loves all of her kids but lately, her bond has been growing stronger with one of her children. The reality star and businesswoman opened up during an interview with Australia's KIIS 106.5's Kyle and Jackie O about her favorite among her kids at the moment and why she is also proud of her youngest daughter, Kylie Jenner.

Kris Has A New Favorite

The 'momager' has shockingly revealed that her favorite for the time being is the heavily pregnant Khloe Kardashian. Khloe and her mom have butted heads in the past due to Khloe's no-nonsense attitude and brutally honest opinions, but since her impending pregnancy, she and her mom have been spending a lot of time together.

"The last couple days it's been Khloe. She's on the favorite child list. Her and I have been bonding and shopping for the new baby," Jenner stated.

The two ladies were spotted recently shopping for Khloe's baby girl. Jenner stated that the mom-to-be has been relying heavily on her as she's been there for Khloe every step of the way. That doesn't mean she doesn't have a soft spot for her other children, with whom Jenner states she has different relationships.

"Well... it changes every day. Anybody who's a parent to a lot of kids knows... it depends on the day since there's a lot of dynamics in a mother/child relationship," she continued.

The Keeping Up With the Kardashians star also spoke on Kylie's secret pregnancy and why she was "proud" of Kylie for deciding to stay out of the spotlight while expecting.

"She wanted to do this on her own term. She was on a life grind and working so hard. She wanted to do it really privately and enjoy every little bit of it. And now she has this beautiful baby," Jenner continued.

Merry Christmas!!!!! Wishing all of you and your families much Joy Happiness Peace and Health... love you guys!!!!!!!! #christmas #blessed #ohholynight @khloekardashian @kendalljenner A post shared by Kris Jenner (@krisjenner) on Dec 25, 2017 at 9:38pm PST

Jenner Dances The Night Away

The grandmother of eight was also seen having the time of her life at Tristan Thompson's birthday celebration. Thompson's party immediately follows Khloe's lavish baby shower.

Jenner's current boyfriend, Corey Gamble, was in attendance, as were her other daughters, Kim Kardashian and Kourtney Kardashian.

Khloe's daughter is expected to arrive in April 2018. 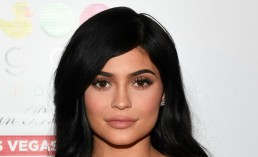 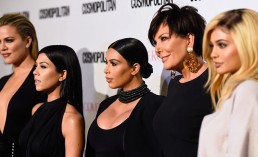 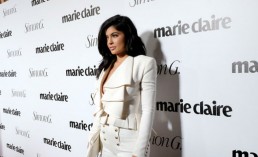