The rap world has lost a massive star. Diddy's protégé, and the first Bad Boy Records artist, Craig Mack, has died. He was 46 years old.

The 46-year-old rapper passed away from heart failure in Walterboro, South Carolina on Monday, March 12. The rapper who rose to fame with his hit "Flava in Ya Ear" decided to forego the fame and fortune that rap stars embellish and turned inward to his faith.

Alvin Toney, Mack's longtime friend and producer, was in the middle of making a documentary that highlighted his mission to serve God.

"Nobody got to understand his story. I wanted the world to know the talent he had. It was something I wanted people to enjoy, but it was cut short because he was very religious and wanted to go to church," said Toney to the New York Daily News.

A report mentioned that Mack was inspired by hip-hop pioneers such as LL Cool J and Run-D.M.C. to pursue a career in the music industry. Despite working odd jobs across the New York area, Mack slowly worked up the ranks of the New York hip-hop scene until he met Sean "Diddy" Combs in Manhattan and performed for him.

That audition for Diddy changed his life forever.

As news of Mack's death spread, several of the music industry's heavy hitters paid homage to the hip-hop pioneer.

"Rest in power, Craig. May the almighty embrace your soul and life up your family and friends. It was a pleasure to know you and rock with you. You stepped away from the game and did it your way...I always respected that," tweeted LL Cool J, adding #RIPCraigMack.

Numerous media outlets such as BET, Billboard, Genius, and XXL Magazine posted touching messages. too. Other celebrities such as Chuck D, Theo Rossi, Charlie Puth, and Tim Westwood joined the chorus with the touching tributes.

However, it was Funkmaster Flex's Instagram post that broke the collective heart of fans on social media. The post featured Mack with fellow deceased rapper, The Notorious B.I.G.

Craig Mack was not the only high-profile death of this year. French fashion designer Hubert de Givenchy passed away on Saturday, March 10. The fashion icon died at the age of 91 and dressed several legendary women throughout his career including former First Lady Jackie Kennedy Onassis, actress Audrey Hepburn, and actress Grace Kelly.

Moreover, actor David Ogden Stiers passed away from gallbladder cancer on March 3. The 75-year-old actor was featured in numerous television shows such as M.A.S.H., The Mary Tyler Moore Show, Kojak, and Charlie's Angels. He also became well-known to the millennial generation for his performance of Cogsworth in Beauty and the Beast.

Bollywood actress Sridevi Kapoor passed away on Sunday, Feb. 24 in the United Arab Emirates due to cardiac arrest. The 54-year-old actress was known to her home country of India as one of its first female superstars. 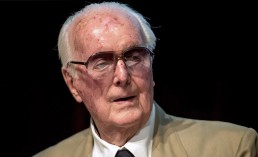 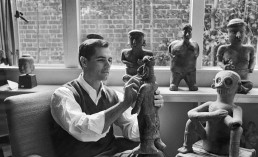 John Gavin, 'Psycho' And 'Spartacus' Actor, Is Dead At 86 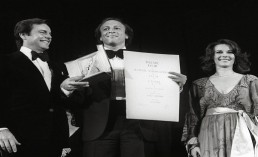