Amber Rose and 21 Savage have called it quits on their relationship after almost two years of dating. News about the split comes after they unfollowed each other on social media.

The 34-year-old Rose and her 25-year-old boyfriend are not together anymore, according to a source who has knowledge about the breakup.

"They are definitely off," the insider tells People.

Rose and 21 Savage were last spotted in public together in February during Valentine's Day. They were photographed holding hands while out for a romantic date in Los Angeles on Feb. 14.

The couple then went out together in public on several occasions, one during the annual SlutWalk in October 2017. 21 Savage supported the reality TV star at her third annual SlutWalk.

'Perfect For Each Other'

Rose first announced her relationship with 21 Savage in July 2017 with an emotional note about the American rapper. The model shared a photo of them together in bed on her Instagram, along with a lengthy message about how she and the musician are perfect for each other. The model talked about her past relationships and how the rapper is always there to be her man.

"It's pretty amazing waking up every morning feeling love like this. I've cried endlessly and been hurt a lot in my life, I've been abused, talked to like I wasn't shit, been gaslighted and Slut shamed by men that I once loved and cared about. So I'm so thankful that God brought this amazing person in my life who genuinely has my back and is ready to 'pull up' to defend my honor by any means," Rose wrote.

"Maybe he's just as broken as me and that's why we're perfect for each other but either way he's not going anywhere and neither am I," she added.

Rose and 21 Savage have yet to confirm the split officially. Likewise, their respective representatives have yet to respond to requests for comments. Further details about the split have yet to be made public.

Rose was first linked to Dancing with the Stars pro Val Chmerkovskiy before dating 21 Savage. She was also previously married to rapper Wiz Khalifa, with whom she shares 5-year-old son Sebastian. 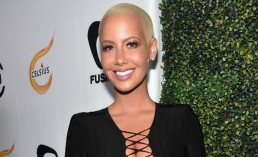 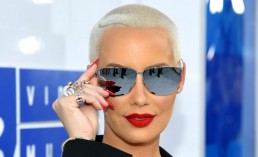 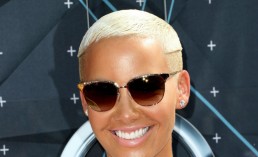 Amber Rose And Wiz Khalifa Back Together 2015: Model Cozies Up To Husband On Instagram After 'Forgiving' Him [VIDEO]