In the midst of their marital problems, Hank Baskett has reportedly encouraged wife, Kendra Wilkinson, to unwind and have fun. He has been supportive of his wife's decision to take time for herself.

A source claims that Wilkinson has been spending a lot of her time with her friends amid the family drama. While she is busy taking care of her kids and trying to mend her marriage to Baskett, the former Playboy Bunny also decided to find time for herself for a change and her husband is supportive of her decision.

"Hank is such a good guy - he totally encourages and supports that," the source tells People.

The source says that although the Kendra on Top star finds it important to take care of herself, her children will always be her priority. Wilkinson shares two kids with Baskett. She is the mother of 8-year-old Hank IV and 3-year-old daughter Alijah Mary

The source's claims come after Wilkinson opened up about her marriage problems on Instagram. In a since-deleted post, the 32-year-old TV personality responded to a tabloid that claimed she and Baskett are faking their marital issues for the sake of their show's ratings.

"Made-Up Marriage Problems?! Kendra's Faking It for TV," reads the headline on the tabloid.

Speaking up about the insinuation, The Girls Next Door actress admitted that she and Baskett are indeed having difficulties in their marriage. Their problems are not made-up for TV. She revealed that her friends, family, and even producers of Kendra on Top know about their marital issues.

However, she admitted that she and Baskett are trying their best to make their marriage work and overcome their problems for the sake of the kids. They have committed to consistently attend therapy, according to the source.

This is not the first time that the couple has encountered problems in their marriage. They reportedly clash when it comes to their parenting styles, Baskett being the disciplinarian. However, they always find ways to fix their problems.

According to another source, Baskett and Wilkinson have always been proactive when it comes to working on their marriage. They want to make their marriage work not only for the sake of the children but for themselves as well.

"They love each other very much and will always support one another," the insider reveals 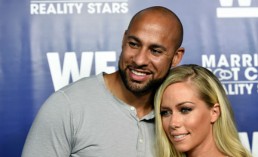 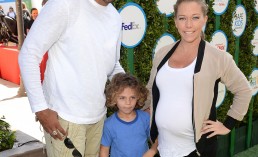 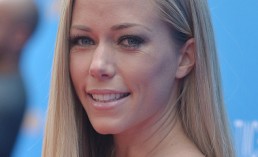