In the heat of the #MeToo movement, singer and actress Ashanti has come forward with her own experience with sexual misconduct. The star opened up about a music producer whom she said behaved inappropriately with her.

Ashanti stopped by Conversations with Marian Menounos and revealed that a producer tried to make Ashanti pay him $45,000 to work with him -- after she refused to cross a certain line.

“I’ve come across a situation where there was a certain producer that, you know, he had his little crush or whatever, but it wasn’t anything new, you know?” explained Ashanti. “And once I said ‘no,’ all of a sudden the track became $45K.”

As for what she said ‘no’ to, apparently the producer wanted her to shower with him. Fortunately for Ashanti, she said she had ‘scary’ older brothers who confronted the producer and demanded that he apologize. He not only said he was sorry but also gave Ashanti three records without charging her. She revealed that two of those records came mixed and mastered for her as well.

Ashanti said that sexual harassment is an unfortunate thing that happens in Hollywood and in the music industry. She is one of the latest women to come forward and speak on her moment of experiencing sexual misconduct from a man in power.

#MeToo Is A Familiar Story In Hollywood

The #MeToo movement sparked after dozens of women in Hollywood came out and said that movie producer Harvey Weinstein sexually harassed them. A-listers from Ashley Judd and Salma Hayek to Lupita Nyong’o have said Weinstein had made them feel uncomfortable with his actions.

Hayek detailed earlier this year why she waited more than 15 years to expose Weinstein’s alleged sexual harassment. She said she felt so much “turmoil” when she had an opportunity to share her story but couldn’t go through with it.

Nyong’o also wrote a personal essay on her traumatic interactions with Weinstein. She said her moment of discomfort came when Weinstein allegedly pressured her to get undressed while she was at his home. She said she immediately left before he had any chance to take control of the situation.

Weinstein isn’t the only film executive being accused of sexual misconduct. While he remained nameless, Jennifer Lopez also opened up about a director who treated her inappropriately as well. 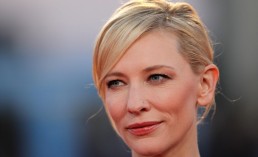 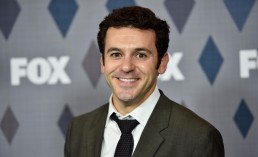 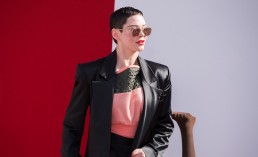