It looks like Cardi B isn’t done talking about her fiancé Offset’s infidelity.

Cardi B possibly addressed Offset’s cheating in her new song Be Careful that she released Friday.

“Be careful with me, do you know what you’re doing? Whose feelings that you’re hurting and bruising? You gon’ gain the whole world but is it worth the girl that you losing?” raps Cardi B in the song. “Yeah, it’s not a threat, it’s a warning.”

Be Careful is Cardi’s latest single from her highly anticipated debut album Invasion of Privacy. It’s the follow-up of her previous hit songs Bodak Yellow, Bartier Cardi, and successful features like Motorsport and No Limit.

Interestingly enough, it seems to be a different take on Cardi’s perception of Offset cheating on her. She spoke out about the infidelity during a recent interview and said she wants things to work between her and The Migos rapper. She pointed out that while it would be easy for her to have “any man” she wants, she chooses Offset.

Still, she admitted that she wasn’t a fan of Offset’s extracurricular activities and pointed out that she has done her own dirt. For now, the two seem to be moving forward with their wedding plans after Offset popped the question during a concert in Philadelphia last November.

Does He Have A Love Child?

Meanwhile, a woman named Celina Powell claims that Offset fathered her child during his serious relationship with Cardi B. All three have gone at it on social media multiple times, including earlier this month.

The Migos rapper was the first to respond to Powell and made it clear he didn’t know her.

“Stop lying on me weirdo,” tweeted the rapper.

That only caused Powell to come for Cardi B, claiming that Cardi B was the one who wrote the tweet and not Offset. Powell sent her own warning to Offset and told him to delete the tweet before she provided proof that he is the father of her child.

“You don’t wanna lose your wife do u?” questioned Powell as she followed up with a possible court-ordered DNA test for Offset.

Offset then went back-and-forth with Powell in hopes of finding holes in her story. Cardi B stepped in and allegedly called Powell “miserable” and said her followers and fans will find out the truth sooner than later. Offset made it clear his priority is his career and Cardi B. 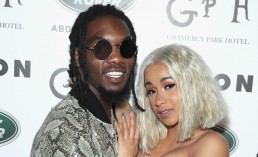 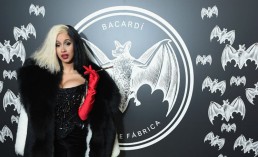 Cardi B Sister: So This Is How The Rapper Got Her Stage Name