Nicki Minaj has made it clear there is no beef between her and fellow female rapper, Cardi B.

Rumors swirled that Nicki was livid when she was featured on the latest single from The Migos, Motorsport, after she found out that Cardi would also be on the song.

Nicki headed to Twitter on Tuesday to set the record straight for her followers and fans.

She then indicated that her issue wasn’t with Cardi at all and shared her thoughts on the “conspiracy theories” that she’s feuding with Cardi.

“Migos weren’t even on it yet. Just Quavo. The conspiracy theories r just so tired. Relax. Breathe. Imagine me not knowing who on a song w/ me… Anything w/ my name on it gets approved by me. It can’t even go on a streaming service w/o me hearing it & giving written approval.”

Nicki then said the theories are sexist before she touted the success of the song.

“These are men in our culture who simply refuse to it go. They don’t do this to male M.C.’s. But yo #Motorsport #1 added on urban radio…”

Cardi also shared her thoughts and said there’s no way to please everyone, whether she and Nicki are united are not.

Check out Nicki’s tweets below (read from the bottom up).

Nicki seemed to be calling out Joe Budden, who seemed to be the one to give life to speculation that Nicki had an issue with Cardi and her success.

He took to his Everyday Struggle show to state that Nicki was most likely unaware of Cardi being on the song when she agreed to be a feature.

Budden began his rant with his assumption that it was Kanye West who told Migos to add Nicki to the soon-to-be hit. He said he was convinced Cardi wasn’t a part of the track originally because she had a “different flow” from the rest of the song.

Fans have been attempting to pin Cardi and Nicki against one another since Cardi began to rise to success. For a while, Nicki was the key female rapper topping the charts, so when Cardi came along, the two were said to be trying to beat out one another for the top spot. Interestingly enough, it looks like they’re cheering one another on instead of giving in to the potential drama. 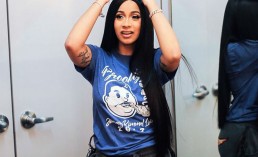 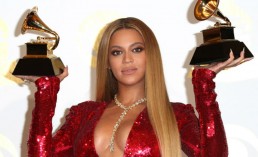 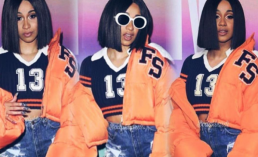