Shawn Mendes and Hailey Baldwin had been heavily rumored to be dating, though they kept mum about this, but actions speak louder than words, the infamous maxim stated.

The two had become a common topic of gossip since they fueled romance rumors late last year after being snapped together being sweet. Of late, the singer and the model seemed to have become closer than ever, and of course, people approve of their supposed budding romance.

The question now is, are they together or not? The buzz on this topic became louder the past day, since Mendes took to Instagram to upload a photo of her and Baldwin. For those unfamiliar, a first look at the photo of the two, which only had two camera icons for caption, doesn't seem like saying much, but for those following the progress of their relationship, it might be everything.

The photo showed Baldwin in a half bun, hoop earrings, and donned a white cropped top, while Mendes sported a navy blue sweatshirt. The vintage-y photo is oozing of laid-back vibe, and even though it showed less than what fans may regard as their relationship confirmation, many still expressed happiness over this.

It is worth noting that the 21-year-old model has found a spot on Mendes's Instagram account, which is mostly filled with photos from performances. Not only that, their musician friends also expressed support for the much-talked-about couple!

Calvin Harris, for one, liked the photo. Julia Michaels seemed to ship the two as well when she commented a heart emoji, which speaks a lot. Rita Ora, Paris Jackson, and Kelly Osbourne also showed some love for the photo.

It's not just entirely Mendes who has hinted fans of the rumored dating. Baldwin has been active on Tumblr as she gives update on the singer for his guest stint in Drop the Mic. This could just give those who root them a new hope that they might be building a deeper connection.

However, all interpretations should be taken with a grain of salt, as even though their actions speak sweetness, what remains told is that Baldwin is single, as per her interview in early March. Of course, she wouldn't miss out on adoring Mendes, whom she referred to as "amazing" in another interview.

That said, it is clear that the two are firm on keeping the real score all to themselves. Baldwin already made it clear that she won't explain herself to anyone. 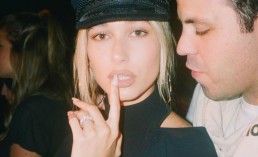 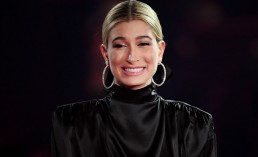 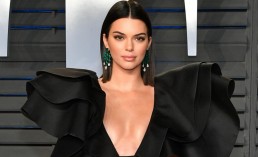