Rob Kardashian isn't happy about his ex-girlfriend Blac Chyna's recent fight at Six Flags and has allegedly made contact with her other ex, rapper Tyga.

According to a new report, Kardashian and Tyga are both in the same boat when it comes to their safety concerns for the children they share with the model and have reportedly begun communicating with one another in hopes of teaming up against her.

“Tyga is demanding changes for King’s safety after Chyna’s outburst. The latest drama brought Tyga and Rob closer together, and with the help of Kylie [Jenner, 20, Tyga’s ex], Tyga and Rob have been talking about how to best handle Blac’s out of control behavior,” a source close to the situation told Hollywood Life on April 4.

Blac Chyna Used A Stroller As A Weapon

Blac Chyna was caught on camera in a fight with another woman at the Six Flags amusement park in Los Angeles last week and in the shocking video, she was seen using her daughter Dream's stroller as a weapon. Needless to say, Kardashian and Tyga have allegedly grown concerned about the model's violent behavior and how it may affect their children.

Rob Kardashian And Tyga Have Safety In Mind

Hollywood Life's source revealed that the rapper has demanded his ex-girlfriend make some changes for both his son, King Cairo, and Kardashian's daughter, Dream, to ensure their safety. He's also looking for help from Kardashian and talking with their lawyers about their legal options. As the outlet explained, Kardashian and Tyga are in the same boat when it comes to their drama with Blac Chyna and both allegedly want to seek out more custody rights to their kids. They're also interested in getting new rules into place that would require Dream and King Cairo to be kept out of harm’s way.

During Blac Chyna's recent fight at Six Flags, she was joined by her new boyfriend, 18-year-old rapper YBN Jay Almighty, who neither Kardashian nor Tyga has met.

According to Hollywood Life, Tyga is concerned that his son could be learning bad habits and bad language from Blac Chyna's new man and hasn't heard any good things about the rapper.

"They know nothing about this guy outside of the outrageous videos they see of him online,” the insider added. 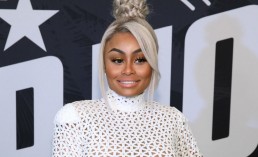 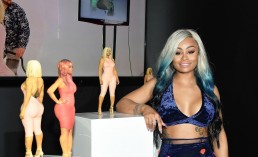