The anticipation to see Prince William and Kate Middleton's third child may be about to end. Parking restrictions have started appearing outside the hospital where the duchess is due to deliver her baby this month.

The first official sign that the Duchess of Cambridge is about to give birth comes from the temporary no parking signs placed outside the Lindo Wing at St. Mary's Hospital in Paddington, West London. The signage in South Wharf Road mentions the parking restriction from April 9 to April 30 is for an "event."

Kensington Palace officials have not revealed that due date of Kate Middleton's third baby. However, they have confirmed that she is due to give birth sometime in April. Similar to when the duchess gave birth to Prince George and Princess Charlotte in 2013 and 2015, respectively, the no parking signs were out for more than two weeks before she gave birth.

Countdown to Baby Cambridge #3 begins. The no parking signs are up outside the Lindo Wing of St. Mary’s hospital, Paddington, London where Kate will give birth later this month @people pic.twitter.com/7Lc7jwgYbc — Simon Perry (@SPerryPeoplemag) April 9, 2018

Aside from the parking restriction, barriers have also been erected outside the hospital in preparation of the crowd of well-wishers and media that are expected to welcome the royal baby. Media will have to wait to set up cameras across the entrance to Lindo Wing for an official word from a Kensington Palace official that Kate Middleton is in labor and is in the hospital with her husband Prince William. Without it, television crews, reporters, and photographers are not able to set up.

Now the countdown begins to when the royal couple will welcome their third child. The excitement to know the baby's gender also builds as the Duke and Duchess of Cambridge opted to wait until the baby's birth to know if they are expecting a boy or a girl.

The no parking signs outside St. Mary's hospital contradict previous reports that claim Kate Middleton will deliver her third baby at home. It is clear now that the 36-year-old duchess will welcome her third child in the same place as its siblings. Prince George was born at the hospital on July 22 and Princess Charlotte on May 2.

Inside the private Lindo Wing, the same team of people that helped deliver Princess Charlotte will take care of the Duchess. The team is led by Dr. Guy Thorpe-Beeston and Dr. Alan Farthing. After the baby's birth, media and well-wishers will know the baby's gender, weight and time of birth. All other official notices will come via press release, including the announcement of when Kate and Prince William will leave St. Mary's Hospital with their third baby and post for photos on the steps. 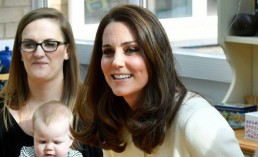 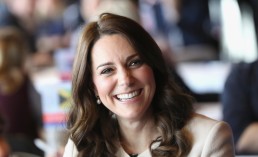 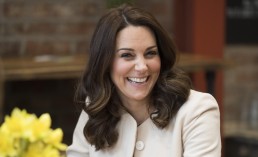