Hit sitcom New Girl is coming to an end. Showrunner Liz Meriwether is opening up about the seventh season, and how it nearly didn't happen.

A Moment Of Hesitation

The writer-producer is filling up her plate with work to keep her occupied once her long-running day job wraps up. She has three pilots shooting this year, and she is juggling all those duties with a new baby.

However, the last eight episodes of New Girl are extra special because its seventh, and final, season almost didn't happen.

Prospects for renewal weren't good during the 2016-2017 season, leading Meriwether and her staff to take a sharp turn to give one of the show's biggest story-lines an ending.

A last-minute pitch sealed the show's fate and the final season, which kicks off on Tuesday, promises to be unlike anything that's come before.

Making It Up As She Went Along

"Basically, I b********ed my way through what could happen and was very pleasantly surprised with what we ended up doing," admits Meriwether.

She explained how, after sort-of bringing the biggest plot thread to its conclusion in Season 6, the show's fate was up in the air.

"We did sort of end it. (Laughs.) That was the network's question: "Where do you go from there?" I was just making stuff up, because I honestly didn't know. I just felt down deep we needed one more season," she said.

After jumping forward three years, Meriwether was careful to maintain the show's essential DNA - the general feel of it.

"The only question about Nick [Jake Johnson] and Jess [Zooey Deschanel] is if they're going to get married, not if they're going to make it as a couple. It wasn't as hard as I thought it would be to maintain the DNA of the show while totally changing the premise," she explained.

As for what she feels the show's legacy will be, Meriwether hopes people remember it fondly. She also tied it in with the growth of the #MeToo and Time's Up movements, given that New Girl boasts of women both in front of and behind the camera.

Star Zooey Deschanel can focus on the show ending now, too, as she won't be going to trial for a dispute with her former manager this summer.

Deschanel was scheduled to settle a long-running dispute in court in July after Seven Summits sued her for outstanding commissions.

The company has now filed a request for dismissal. The terms of the settlement are unknown, but Deschanel's attorney confirmed the suit had been settled amicably. 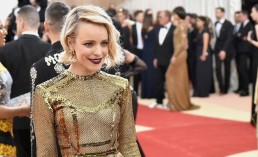 Who Is Rachel Mcadam's Boyfriend? Here Are Some Tidbits To Get To Know Who Jamie Linden Is 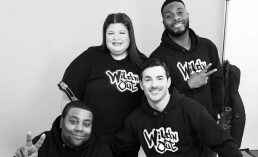 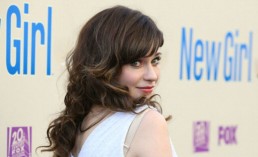