Now that The Notebook star Rachel McAdams is pregnant with her first child, fans are eager to know more about her boyfriend, Jamie Linden, who she has been dating for two years now.

McAdams and Linden were first spotted in 2016 as they were photographed walking together in Los Angeles and Paris, and then in Virginia while attending a friend's wedding. The couple continued to keep their relationship private until news of McAdams' pregnancy came about.

Linden, 38, has been working in Hollywood for more than a decade now. He earned a degree in Digital Media Production and Marketing from Florida State University in 2001. In an interview in 2012, Linden shared how he started working in the film industry.

"My first job was an assistant at Mirage for Sidney Pollack and Anthony Minghella," Linden said.

After which, the Dear John screenwriter guested in The Price is Right and won $5,000. Linden said he was able to use the prize money to pursue graduate studies and stay in Hollywood for an extended period of time.

"I got a temp job reading screenplays and was fascinated by them. I was hired and fired from a few assistant jobs so I figured I'd try writing a script myself," Linden said.

Prior to his relationship with McAdams, Linden previously dated Zooey Deschanel. The latter is now married and has two children with Jacob Pechenik.

While McAdams and Linden were able to keep reporters out of their private life, reports have spread about the 39-year-old beauty's pregnancy.

It was believed that the actress is expecting her first child and is now seven months along the pregnancy. She was spotted in Toronto airport looking bumpy inside an oversized parka.

In 2009, McAdams said in an interview that she is looking forward to having children of her own.

"My mom is a great inspiration to me. She's a nurse and very nurturing and gentle," McAdams said. "She lets me be who I am. Hopefully, I can take on those qualities and be as great as her."

McAdams' camp is yet to give an official statement on the reported pregnancy.

Prior to her relationship with Linden, McAdams dated The Notebook costar Ryan Gosling for four years since 2004. 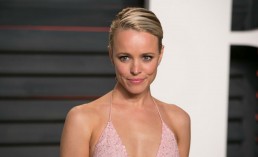 Rachel McAdams Is Reportedly 7 Months Pregnant With Her First Child 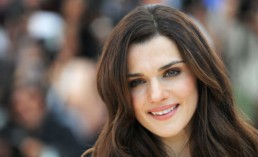 Rachel Weisz Rejects 'James Bond' Role: 'Women Should Get Their Own Stories' 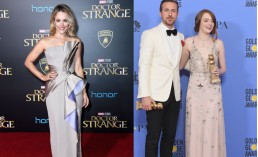