Susan Sarandon has joined other Hollywood celebrities and prominent figures in abandoning Facebook in the wake of the privacy scandal the social media site is facing.

Sarandon is the recent addition to the growing number of A-list celebrities who have campaigned against Facebook. In a recent post on social media, the actress and activist expressed her decision to abandon her Facebook account for the sake of censorship.

In a simple tweet, the Thelma & Louise star announced that she is leaving the social media site. She added a quote from Charles Bukowski to explain her reason for abandoning Facebook. Aside from Twitter, Sarandon shared the same announcement to her Instagram page, which ironically, is owned by Facebook.

Sarandon added the hashtag #DeleteFacebook, in reference to the campaign that calls for users to abandon their Facebook account. The people involved in the movement are not actually telling everyone to delete Facebook, but are making a big show about doing so themselves.

As of this writing, the actress' Instagram post has since received 6,724 likes and her tweet 578 likes and 136 retweets. The reactions were varied though. Some suggested that she leave Instagram too since it is owned by Facebook. Meanwhile, others criticized the actress for announcing her decision for the sake of headlines.

"Congrats on making a big show of this instead of, you know, just doing it. You made the news, so there's that," one user commented.

"Sorry, love you, but you are wrong on this one! You are a part of the problem. You really think that FB is the only company out there recording all of your s**t and selling it? NOPE!!! Zuckerberg was LIED TO," another user wrote.

Meanwhile, others used Sarandon's post to criticize her support for Bernie Sanders.

"Don't leave FB, Susan - unless, of course, you are still promoting Bernie Sanders, in which case you should shut down all your social media and drop dead. Love, Nina," one user tweeted.

Sarandon joins other celebrities who also decided to abandon their Facebook. These include Will Ferrell, Rosie O'Donnell, Cher, and Jim Carrey, who has been outspoken about his campaign against Facebook through his portraits of CEO Mark Zuckerberg.

Zuckerberg revealed during his congressional hearing this week that there has been no "dramatic fall-off" of users in the wake of its privacy scandal. A report confirmed that millions of user information were harvested by data-mining group Cambridge Analytica, which worked for Donald Trump in the 2016 presidential elections. 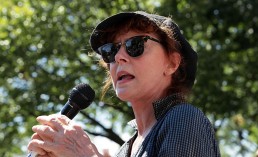 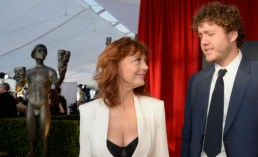 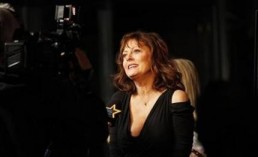