The Tristan Thompson infidelity scandal has Hollywood stars weighing in to offer their advice. Paris Hilton had something interesting to say to the NBA star.

Paris and her sister, Nicky Hilton, were shopping on Rodeo Drive when TMZ tracked them down to ask for their thoughts on the escalating drama between new mom Kardashian and her baby daddy. Hilton seemed reluctant to get involved, but she had some choice words for both parties.

She feels bad for Kardashian, but Hilton reckons it could never happen to her because her partner, actor Chris Zylka to whom she's currently engaged, is too good.

Hilton also had some advice for Thompson, if he wants to win Kardashian back.

"Treat her like a queen, she deserves it," the heiress advised.

As for whether Kardashian will recover, Hilton thinks there's nothing to worry about.

"[Khloe] is a strong woman, and she'll get through this," she said.

Although Hilton was hesitant to say too much, she wished Kardashian and her daughter True Thompson the best. The socialite recently repaired her long-dormant friendship with Khloe's sister, Kim Kardashian-West, who began her career as Hilton's P.A., so there's no bad blood there.

The Only One Keeping Quiet

Paris is the latest in the string of celebrities who weighed in on Thompson's infidelity scandal. From Olivia Culpo to Amber Rose, it seems all of Hollywood has an opinion, and the only person yet to speak publicly about the situation is Kardashian herself.

The new mother hasn't made any reference to their relationship whatsoever, and the only time she mentioned her baby daddy was during the big name reveal on April 16.

"Our little girl, True Thompson, has completely stolen our hearts and we are so overwhelmed with LOVE. Such a blessing to welcome this angel into the family! Mommy and Daddy loooove you True!" she wrote on Instagram.

Thompson's alleged cheating came to light through a series of videos and photos, which emerged online before Kardashian gave birth to their first child. The footage purported to show Thompson cheating with two different, unidentified women. He even entered his hotel at 5 a.m. with one of them.

Although Khloe has yet to comment, her family are reportedly livid with Thompson. Sisters Kim, Kourtney, and Kendall Jenner landed in Cleveland earlier this week to join their mother Kris Jenner at Khloe's side.

It's yet to be seen whether Khloe will continue living in Cleveland, where she gave birth to True. However, her sisters arrived at the airport with loads of bags, signaling that they may be packing up Khloe's things with the intent of bringing her and True back to L.A. 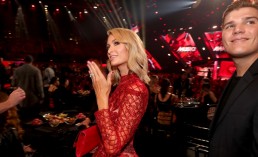 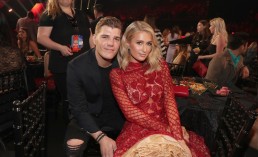