On Monday, the Kardashian sisters were spotted disembarking a private jet in Cleveland. On the same day, Khloe announced her daughter's name - True Thompson.

The Kardashian clan is rallying around new mother. Her sisters have flown to Cleveland, OH to support Khloe in her time of need.

Rushing To Her Side

Kim, Kendall, and Kourtney rushed to snowy Ohio immediately after a busy weekend at Coachella.

Kim and Kourtney flew in last Wednesday ahead of the birth but returned to L.A. a day later. Kardashian matriarch Kris Jenner stuck around. So now, the whole family, except for the youngest member Kylie Jenner who gave birth in February, are in Cleveland to be at Khloe's side.

Kylie will join them shortly as a recent Instagram story showed her boarding a plane.

It remains to be seen whether Khloe will be on the private jet back to L.A. with her family in the coming days. Sources close to the family believe it's only a matter of time.

"Khloé is waiting for the doctors to tell her it's safe to fly and then she will return to L.A," a source claimed.

For now, she's focusing on being a mother. She is reportedly obsessed with True, and the new mother can't get enough of her daughter.

"Khloe is mesmerized and completely in love with the baby. That's all she's thinking about is caring for the baby and being positive," a source revealed.

Grandmother Kris Jenner is by her side to provide assistance, particularly when it comes to keeping Khloe in good humor.

"Kris Jenner is there helping out all day. Kris has been doing everything she can to help Khloe and keep her spirits up," the insider added.

Jenner actually provided some insight earlier this week about the naming convention behind Khloe's daughter.

Kardashian and partner Tristan Thompson have yet to share a photo of their new arrival. The future of the couple is up in the air, following highly-publicized infidelity allegations against Thompson, which surfaced last week.

Video footage leaked online shows Thompson cheating on Kardashian with two different women. Although neither parties have commented on the accusations, sources allege that Kardashian may try to make it work with her baby daddy.

Although the new mother is devastated, she's reluctant to make a firm decision. Last week, an insider claimed Kardashian had already forgiven Thompson and was looking to move forward as a family.

The extended Kardashian-Jenner clan, meanwhile, have made their feelings clear. They believe Khloe should leave him and return to California with them as soon as possible. 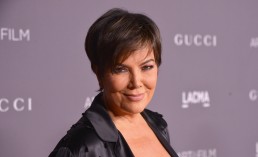 Kris Jenner Is 'So Excited' Khloe Kardashian Named Her Baby True, Reveals The Meaning Behind It 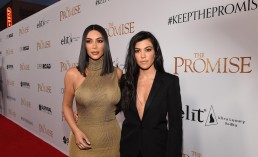 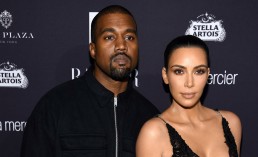