A jury of seven men and five women delivered the 80-year-old comedian his fate after spending two days of deliberating in Norristown, Pennsylvania. The 12-person jury heard testimony from Constand and five different women who accused Cosby of sexually assaulting them. It has been reported that the 12-member panel was unanimous in their decision. Variety said that each count of sexual assault carried the maximum penalty of 10 years in prison.

A few days before the jury went into deliberation, several heated moments took place in the courtroom. Cosby's defense team accused Constand of being a 'pathological liar' and added that the former Temple University employee was after the comedian's money. The defense team pointed out that Constand received a portion of a $3.4 million settlement that Cosby gave her back in 2006. Constand's lawyer, Kristen Feden, countered the Cosby defense team with numerous accusations, such as assassinating her character.

One of the women that was a character witness against Cosby was model and television personality Janice Dickinson. The former America's Next Top Model judge claimed that "America's dad" drugged and raped her in 1982 at Lake Tahoe, California. The model stated that Cosby denied these misdeeds to her when she confronted him after the incident. She told the jury that she wanted to punch him in the face.

Before he was found guilty, the former Kids Say The Darndest Things star tried and failed to get Judge Stephen O'Neill to throw away the sexual misconduct trail on March 5. However, the judge denied the notion and the trial proceeded.

Days before the trial began, Cosby mourned the death of his 44-year-old daughter, Ensa. Cosby's spokesperson stated that Ensa passed away from kidney failure.

Constand accused Cosby of sexually assaulting her in 2004. She stated that he offered her three blue pills that hindered her from moving, and also admitted that he inappropriately touched her. 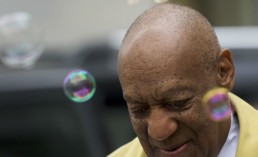 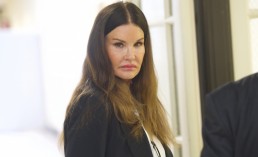 Janice Dickinson Takes The Stand At Bill Cosby Retrial: 'I Wanted To Punch Him In The Face' 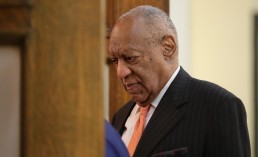