Nate Berkus responds with positivity to Derick Dillard's blunt criticism of his family, saying he hopes opening their home on the show breaks barriers.

Dillard sparked controversy when he retweeted a promo of Berkus's show Nate & Jeremiah by Design, calling them "a travesty of family." He went on to slam TLC for the liberal agenda and saying the show promotes a degrading lifestyle.

What a travesty of family. It’s sad how blatant the liberal agenda is, such that it both highlights and celebrates a lifestyle so degrading to children on public television as if it should be normal. https://t.co/xicRm1nsW7 — Derick Dillard (@derickmdillard) April 27, 2018

Berkus, 46, did not reply to Dillard directly, but he did post a photo on Twitter featuring his husband and TLC costar Jeremiah Brent along with their children Poppy and Oskar.

In the tweet, Berkus expressed his desire to create a show that breaks barriers between people. He adds that he also wants to normalize how their family looks and loves.

My hope with having a show like #NandJByDesign on @TLC, where we go into people’s homes and welcome viewers into ours, is that we can start to break down barriers & normalize the way our family looks & the way our family loves. @JeremiahBrent pic.twitter.com/NsCAeh1nxb — Nate Berkus (@NateBerkus) April 27, 2018

Each episode of the hour-long Nate & Jeremiah by Design follows the couple as they deal with their family life and work. Both interior designers, Berkus and Brent help homeowners transform their trainwrecks of a home into a beautiful dream house.

"With budget at the forefront and the couple's lifestyle in mind, Nate and Jeremiah boldly revisit the home's layout to build a practical-yet-stylish space," TLC reveals.

Dillard On A Roll

While the backlash has been substantial, Dillard isn't backing down. The former reality star engaged with several criticisms on Twitter, defending his views against the LGBTQ community.

They affect this poor child, as well as what perversions are celebrated. If it were adultery, I doubt a network would be so quick to focus on the reality of it as if it were ok. — Derick Dillard (@derickmdillard) April 27, 2018

My agenda is love and truth. I try to follow Jesus Christ as best I can. I’m not perfect, but I do my best. — Derick Dillard (@derickmdillard) April 27, 2018

Their networks don’t have shows about them being homosexual and highlighting the fact that they have children. — Derick Dillard (@derickmdillard) April 27, 2018

Those things are already recognized evils among society, except the murder of the unborn, which is why I’m adamant about that issue as well. — Derick Dillard (@derickmdillard) April 27, 2018

Several Twitter users bashed Dillard for calling out happy couples publicly, but staying silent about his brother in law Josh Duggar's confession of sexually molesting his sisters and a family friend when he was a teenager.

Dillard also claims that he was not fired by TLC, saying he and his family chose to leave the show. Contrary to popular belief, he adds that the network was actually opposed to their decision to leave.

The disgruntled personality used to be a reality star on TLC as one of the cast members in the reality series Counting On, which follows the Duggar family.

According to a report from People, he was fired from the show for his transphobic views expressed on Twitter, calling out TLC show I Am Jazz as a reality show that's following non-reality. The show's teenage star Jazz Jennings was also attacked by Dillard who called transgender "a myth." 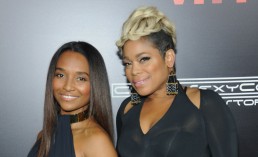 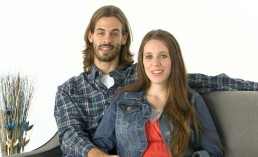 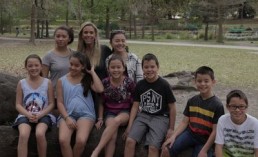 Kate Gosselin 2016: TLC Mother Of 8 Tears Up Over Feeling 'Outnumbered' At Home [VIDEO]