Allison Mack, who is facing charges for her role as an alleged master in NXIVM, married Battlestar Galactica's Nicki Clyne because the sex cult's leader, Keith Raniere, said so.

Details are again starting to trickle down after the Smallville actress has been detained and posted bail, and the recent news explains how and why Mack tied the knot with Clyne in February last year. Both of them quit their showbiz career to pursue their membership in the sex cult NXIVM.

Court documents confirmed that the actresses had indeed exchanged vows, but that it wasn't necessarily because they wanted to, but because Raniere had ordered them to. A source said the marriage was for immigration purposes.

"Nicki is Canadian and Keith wanted her to be able to stay in the US as part of his harem. He forced Allison and Nicki to get married so he could maintain his tight control over Nicki," the insider said.

Prior to this, there were news that Clyne was a member of the sex cult, however, it turned out that there is more than that. Frank Parlato, a years-long critic of the NXIVM and a former publicist of the self-help group, even claimed that the Battlestar Galactica actress is Mack's slave.

He worked for NXIVM from 2007 to 2008 and had become loud in his cry against the sex cult, which was probably why the organization sued him multiple times already. Parlato also was the first to blow the whistle on the disturbing ways of membership of the group by publishing it on his website, along with his hard-hitting articles on Raniere.

"Clyne went from being a successful actress to a stooge for this cult," Parlato claimed.

He further revealed that Clyne has been with the sex cult for 12 years already and exited the sci-fi project to follow Raniere, who ordered Mack and the Battlestar Galactica thespian to get married.

Parlato further stressed out that this was because Mack and Clyne thought that it was for the "greater good of the mission." And it was just that, he said, and not because the two loved each other.

As mentioned, the critic claimed Clyne is Mack's slave. He continued to say that the Smallville actress gives orders to her wife "24 hours a day." The exchange of vows reportedly was witnessed by India Oxenberg, daughter of actress Catherine Oxenberg.

It is still unclear how Mack and Clyne's paths have crossed but the latter played a minor role in Smallville Season 1. It should be noted, however, that the superhero fiction and Battlestar Galactica filmed in Vancouver at the same time. 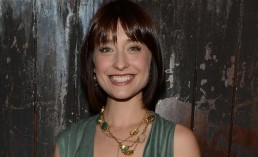 Is This Allison Mack's Recruitment Video For Sex Cult NXIVM? 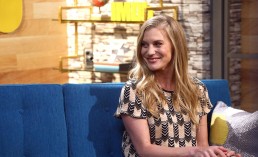 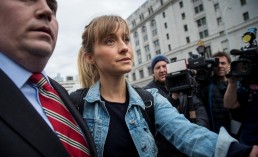