Months after sex cult NXIVM was exposed and days after Smallville actress Allison Mack has been arrested, a TV show about the secret group is already in the works.

Annapurna Television snatched the rights to the Barry Meier in-depth article, titled "Inside a Secretive Group Where Women Are Branded," published on The New York Times last year, which exposed the sex cult NXIVM, its leader Keith Raniere, and its harrowing and disturbing initiation right.

The Hollywood Reporter said that there is still no network attached to the project, but that Annapurna Television wishes to make it to a fictionalized one-hour series. The plot will focus on what will happen after a woman is lured into signing up for what was established as a support group that empowers women, pretty much what is really happening in the sex cult.

There is still no writer, as of writing, but Westworld's Shannon Woodward, who plays Elsie Hughes in the hit HBO thriller series, is executive producing the NXIVM TV show. Other showrunners are Sue Naegle, Susan Goldberg, and Megan Ellison.

The past few weeks had become flooded with the news about the worrisome actions of the group. Specifically, this has become an alarming issue when hordes of news began to swirl after Raniere, aka Vanguard, was arrested in Mexico in late March.

Technically, an NXIVM TV show came as no surprise. After the wide coverage of the media on the sex cult, it only takes time until projects based on the interesting matter were made. Add to the series, a documentary that will star a former member of the group and one of the whistle-blowers, Sarah Edmondson, and is produced by Brian Graden, is already in the works.

Nevertheless, that was a fast move for Annapurna Television. This news came a day after Mack, a supposed higher-ranking official of the sex cult, was released on a $5 million bond on Wednesday, April 25. The 35-year-old actress is facing charges of sex trafficking, sex trafficking conspiracy, and forced labor conspiracy.

Mack was arrested last week for her connection with Raniere's sex cult, as she is believed to be a "master," who recruits members into NXIVM. She deceives women into joining the secret group, saying they were entering a group that supports and helps women.

Women were forced to give "collateral" to the NXIVM's officials, which will be used against them if they refuse to do things for the sex cult or if they decide to tell about the group. They were also branded with Raniere's initials in their pelvic area and were made to be sex slaves for the leader. Mack reportedly has a sexual relationship with the leader and gets monetary benefit for recruitment. 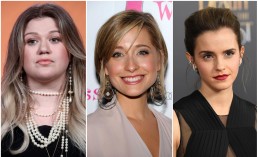 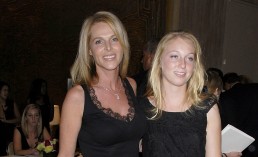 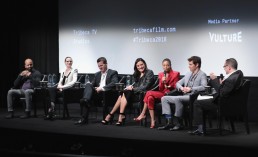