Comic book legend Stan Lee is suing POW! Entertainment over the use of his name and likeness. Lee claims he got conned into an agreement.

Taking 'Em All On

The prolific comic book creator is embroiled in a number of legal battles, this just being the latest in a tangle of issues that wouldn't be out of place in one of his own celebrated stories.

Lee is suing POW! Entertainment, the company he co-founded, for one billion dollars for fraud and conversion. He claims the company and two of its officers conspired to steal his identity and likeness in a scheme involving a sale to a Chinese client.

POW! was acquired last year by Hong Kong-based Camsing International. Lee claims POW! CEO Shane Duffy and co-founder Gill Champion did not fully disclose the terms of the sale to him before closing the deal.

Not In The Right Mental State

Lee claims he didn't fully understand what was happening. He is blaming the fact his wife, who passed away in July of last year, was dying at the time. He also cited his macular degeneration, which rendered him blind in 2015, as another reason.

The comic book icon claims his associates used his debilitating mental and physical state to hoodwink him into agreeing to the deal. Lee is also suing his ex-business manager for Jerardo Olivarez for fraud.

In this latest suit, Lee claims that Olivarez, along with Duffy and Champion, requested he sign a non-exclusive license with POW! for the use of his name and likeness in connection with creative works owned by the company.

Instead, Lee claims he signed a fraudulent intellectual property assignment agreement, granting POW! exclusive rights to use his name, identity, image, and likeness on a worldwide basis in perpetuity.

The Marvel icon is very selective about the use of his name and likeness. He usually only authorizes it on a non-exclusive basis. He even refused to give it to Disney.

In his complaint, filed Tuesday in Los Angeles County Superior Court, Lee lays out the terms of his argument.

Corroborating what Lee has been discussing on Twitter, the comic book mogul also claims POW! took control of his social media accounts and has been impersonating him.

"From now on, I will depend on you, my dear fans, to protect and defend me. I love you guys and am so happy I have control of my Twitter account back. You guys are my true superheros," posted his account recently.

Lee is seeking an injunction declaring their agreement invalid and unenforceable, with damages in excess of $1 billion. His name is described as his most important and valued possession in the suit.

Reason To Be Concerned

"[We are concerned about] the upheaval within [Lee's] personal management and life" it stated.

The move came in response to allegations made about elder abuse against him. This latest lawsuit is just the latest in a string of strange occurrences in Lee's personal and professional life.

Lee was allegedly robbed by Olivarez, whom he claims coordinated plans to steal a significant sum before illegally purchasing property in his name.

After that, several medical professionals who looked after the Marvel legend in his L.A. home accused him of sexual assault. 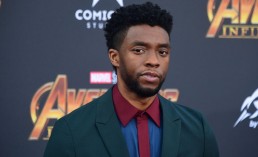 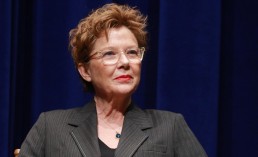 Annette Bening Joins ‘Captain Marvel’: Who Is She Playing? 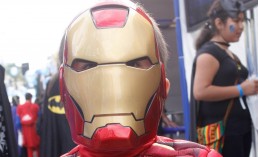