Larger than life opera singer Neal E. Boyd has passed away. The America's Got Talent winner was just 42 years old.

The Missouri native won the singing competition back in 2008. According to authorities, he passed away at his mother's home in Sikeston, Missouri shortly before 6:30 p.m on Sunday night, June 10. Boyd suffered heart failure, kidney failure, and liver problems according to the county coroner.

According to reports, his mother found him unresponsive. EMS came, tested Boyd and soon pronounced him dead. E! News confirmed he had been seeing several doctors prior to his death. His body will be cremated.

Boyd won the third season of America's Got Talent, impressing judges and viewers alike with his awe-inspiring performance of opera hits made famous by world-class singers such as Pavarotti and Andrea Bocelli.

NBC released a statement about Boyd's passing, which was shared via America's Got Talent's social media accounts.

"We are very saddened to hear that one of our 'AGT' family members, Neal E. Boyd, has passed away. Our hearts are with Neal's loved ones during this difficult time," it read.

Former judge Piers Morgan also shared his condolences on Twitter, writing that Boyd was a lovely man with a wonderful voice. Morgan was a judge on Boyd's season, alongside Sharon Osbourne and David Hasselhoff.

Opera singer Boyd released an album, entitled My American Dream, following his big reality show win back in 2009. The album did well, debuting at #3 on the Top Classical Albums chart.

He performed at the 2012 Republican National Convention in Tampa. Boyd sang "God Bless the USA" by Lee Greenwood on the day. The former insurance salesman also ran for office twice in his home state but was unsuccessful on both occasions.

Just last month, he shared with Facebook fans that he was in the process of raising money to record a new album. He also advised that he was still recovering from a near-fatal car accident, which occurred last year.

Boyd and his mother were traveling in a car together when they ran off the side of the road, hitting a tree. He told fans that he was channeling his experiences into writing new music.

The Missouri native found his passion for opera while still in middle school. He got a degree in speech communications and another degree in music, before attending the New England Conservatory of Music in 2002. 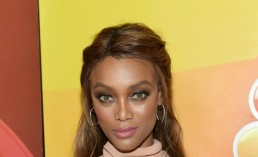 Tyra Banks Reveals Getting A Nose Job At The Beginning Of Her Career: 'Natural Beauty Is Unfair' 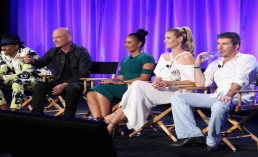 'America's Got Talent' Might Replace Mel B With Queen Latifah 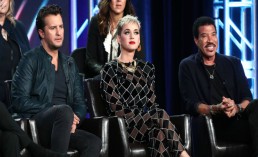