The Bachelor in Paradise alums made the shock announcement on Tuesday. The couple started dating about a year ago on the hit spin-off show and got engaged last August.

Peth memorably proposed at the reunion with a massive Neil Lane diamond valued at around $50,000. At the time, host Chris Harrison advised fans wondering whether the show was real to check out how nervous he was.

The ex-couple made a joint statement to ET, concerning their decision to end the relationship.

"It is with much sadness that we have decided to end our engagement. We put everything we could into our relationship and are heartbroken to go forward separately, but we know this is the best decision for the both of us," it read in part.

Peth was a contestant on JoJo Fletcher's season of The Bachelorette, with Nolan vying for Nick Viall's heart on his Bachelor. She made headlines for a rousing argument with notorious contestant Corinne Olympios on the subject of emotional intelligence.

Drawn To Each Other

Peth and Nolan instantly hit it off on the fourth season of Bachelor in Paradise and were virtually inseparable throughout their tenure on the show. Peth got down on one knee just two months after they first met.

On his decision to propose so soon after meeting Nolan, Peth told ET that the two wanted to do something crazy after spending a few days together alone before filming the finale in L.A.

"There's something magnetically that has always attracted me to Taylor. We tried not to like each other, but that's what made it so genuine. We tried as hard as possible to not like each other, every step of the way!" he explained.

The two have struggled to maintain a long distance relationship over the past year, with Peth living in New York and Nolan in Seattle.

"Originally we were like, 'This is fun, but we're in different states.' We tried to be realistic and then it turned out I couldn't stay away from her," admitted Peth in an interview last year.

Fans began suspecting something was up over the past few weeks, as Nolan began posting on Instagram about experiencing some hard times. She and Peth had also stopped appearing in each other's pictures.

Paradise's fourth season ended with three bonafide couples, two of which — Lacey Mark and Daniel Maguire, and Peth and Nolan — have since separated. The only couple still going strong are Raven Gates and Adam Gottschalk.

Season 5, on the other hand, already boasts one engagement in the form of Ashley Iaconetti and Jared Haibon. Nolan and Peth will not be competing in the upcoming season. Fan favorites Krystal Nielson, Kendall Long, David Ravitz, and Tia Booth are all set to appear, however. 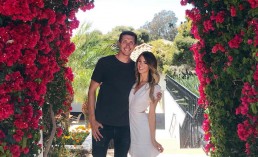 The Bachelor's Tenley Molzahn Is Now Married To Taylor Leopold 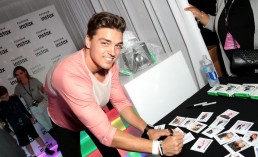 Bachelor Not In Paradise: Dean Unglert In Therapy After Abruptly Breaking Up With Lesley Murphy 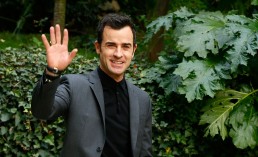