The Bachelor star Tenley Molzahn is no longer a bachelorette! The reality star tied the knot with Taylor Leopold in an outdoor wedding last Friday.

Molzahn, 33, is best known for her stint in The Bachelor: On The Wings of Love.

Molzahn said her vows with Leopold in a romantic ceremony at the Omni La Costa Resort & Spa in Carlsbad, California on Friday, April 27.

The reality television personality posted a photo of her and her new husband on Sunday, April 29, expressing her bliss at finally being Leopold's wife.

"Friday was simply the best day of our lives, but yesterday waking up as his wife made it even better," she wrote in the caption of her photo. "Soaking up time with just one another — mini-mooning is the way to go!"

The bride also gave a shout out to Omni La Costa for providing the stunning backdrop for their wedding and "mini-moon."

The couple has been dating for two years when they got engaged in January.

"Taylor, you're the answer to some of my hearts [sic] greatest prayers and deepest desires, and that you have chosen me, and that we really get to do this, my heart is full of praise," Molzahn wrote in an Instagram post after their engagement.

Some of her friends shared happy photos of her wedding as well.

Molzahn debuted on The Bachelor in 2010, placing second in the competition for Jake Pavelka's heart. She also appeared as part of the cast in Bachelor Pad and Bachelor in Paradise. In the former, she met and dated Kiptyn Locke until their split in 2014.

Despite the extensive reality television experience, it turns out Molzahn didn't even need the show to find the love of her life. Instead, she met Leopold through a mutual friend, according to an interview with Us Weekly.

The former Bachelor contestant gushed about Leopold in the interview in 2016, calling her beau gorgeous.

"His smile is just contagious. He's amazing, his heart is what got me," she continues, adding that she had the best first date with her then-boyfriend and knew instantly that they had something special.

Although she's not ashamed of her reality television experience, Molzahn likes that Leopold is not only not part of the show, but also entirely uninterested in watching The Bachelor. 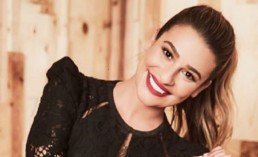 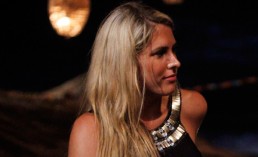 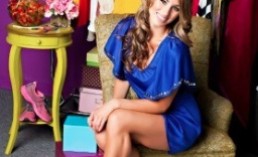