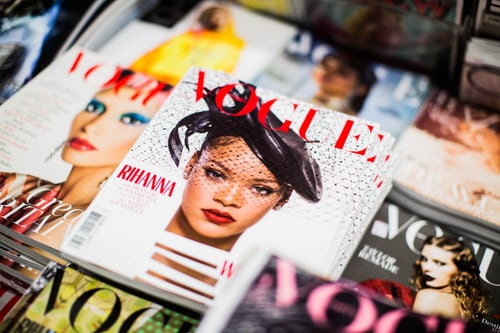 In her interview with Vogue, she revealed that it is an act of supporting American Football quarterback Colin Kaepernick. Kap is allegedly being blackballed in the National Football League (NFL) for his kneeling protests.

"I couldn't dare do that. For what? Who gains from that? Not my people. I just couldn't be a sellout. I couldn't be an enabler," Rihanna said. "There's things within that organization that I do not agree with at all, and I was not about to go and be of service to them in any way."

The well-known singer is not the only celebrity who refused to take a role at the Super Bowl due to Kaepernick. Last October, Comedian Amy Schumer said on her Instagram post that she would not show up in any commercial of the said event to give her support to the former NFL quarterback.

Despite the fact that Rihanna refused to perform in the Super Bowl 53 half time show, there were still other performers who took part in the event such as the Maroon 5, Big Boi and Travis Scott.

Meanwhile, in the Super Bowl LIV halftime show that will be held at Miami this season, Jennifer Lopez and Shakira will take center stage.

The 31-year-old Kaepernick remains jobless and out of the NFL, with no team taking a risk on him given his political stand rather than considering his on-field production. He last played for the San Francisco 49ers in 2016, but he has been a free agent since opting out of his contract with the team in March 2017.

The Barbardian singer, fashion designer and businesswoman who bears the real name Robyn Rihanna Fenty is proud of being an immigrant, and she evidently showed it last 4th of July by wearing a shirt stating the word immigrant.

Even though she cannot vote in the US, the singer advised her followers to practice their right to vote.

During the interview with Vogue, she was asked what she can say on the immigrant issue in the nation. Rihanna then shared that she felt terrible about the current situation of the U.S. immigrants.

"I almost feel sick to my stomach. I don't even believe this is happening in real life. In front of my eyes. In front of the world. It's not even hidden. This is blatant."

She also had some choice words for President Trump for not showing concern during the mass shooting incidents, stating that "the most mentally ill human being in America right now seems to be the president."

However, Rihanna said that there is still a hope in her heart. For her part, she wants to spark change and be the "light in the world." Indeed, her act of supporting Kaepernick last year wouldn't go unnoticed.

Furthermore, it should only inspire others who have the platform and audience to take actions against things that they believe is wrong.