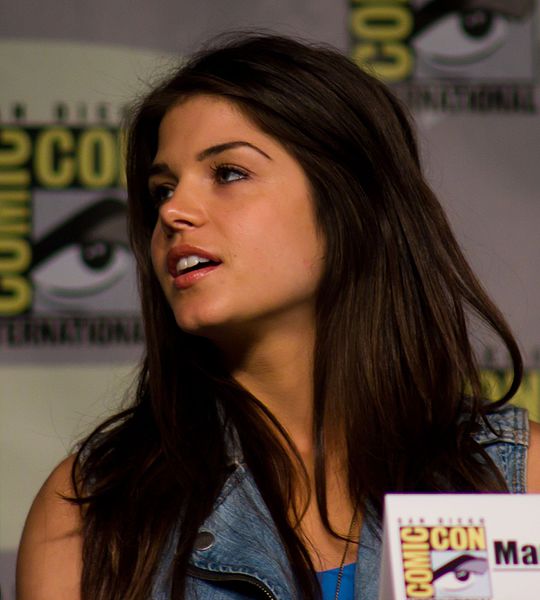 Known for her fierce portrayal of Octavia Blake in the hit CW series "The 100," Marie Avgeropoulos says she was overwhelmed (but grateful) for her role in "Wonder Woman: Bloodlines."

In the animated film, she breathes life to the character of Silver Swan.

Avgeropoulos says that both characters have issues with their mothers. How they deal with it will affect the strength of their warrior characteristics, and she's happy about how her character develops in the animated movie.

Silver Swan is introduced in the movie as a teenager and the progress of her character only strengthens the similarities between the two female leads.

During an interview with HollywoodLife, Avgeropoulos revealed that she was excited about this project when it was first pitched to her. She has not done any voiceover work before, so she finds this a welcome change.

Marie certainly couldn't hide her excitement that she's finally working on a project that makes her use her voice rather than her body. Being a voice talent is different, but Marie is ready for the opportunity to explore.

Using her voice instead of her body, Avgerpoulos admitted she could even do the voice of Silver Swan in her pajamas -- which is better than having to suit up for a role that could be so taxing. Although she described landing the role overwhelming, she definitely enjoyed it.

Moreover, she is also embracing the challenge of using her voice to convince people rather than her acting and other body gestures. She feels there is a lot to discover about herself in this new project.

Avgerpoulos remains hopeful that this new role in "WonderWoman: Bloodlines" would open up new doors for her. After all, she finds becoming a voice talent another avenue to share her abilities as an actress.

In addition to "Wonder Woman: Bloodlines," Marie is also preparing herself for the final season of The 100. After 7 seasons, the CW action series will be coming to a close in its 100th episode.

Marie is saying goodbye to her character Octavia. She said that the ending would be bittersweet, but she knows that it has to come to an end -- much like graduating from school.

She admits that the series has changed her life, and that she will forever be grateful.

Fortunately for the 33-year-old actress, her fans were in full support of her as she moves to her new project. Besides getting support from the strong Wonder Woman fanbase, Marie's fans from her series have also shown great love for her

She agrees that sci-fi fans are very loyal, and she has learned it firsthand.

"Wonder Woman: Bloodlines" is now available digitally. It will be released on 4K and Blu-ray on Oct. 22.