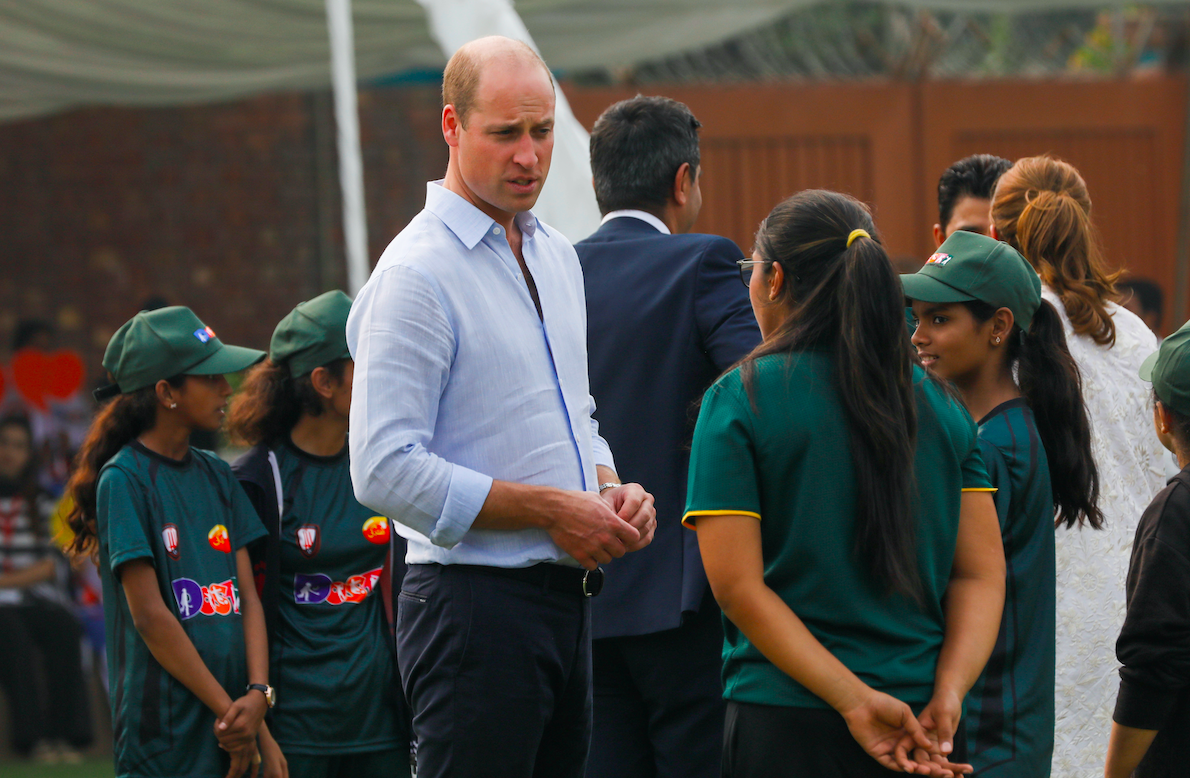 A documentary on the Duke and Duchess of Sussex, Prince Harry and Meghan Markle, aired Sunday on ITV. It followed the royal couple on their official tour in southern Africa, during which they have also opened up about the tabloid scrutiny they received and adjustment as royals.

Now, according to reports, Prince William had been left "very worried" about the Sussex's emotional struggles being in the spotlight.

The Duke of Cambridge hopes that his brother and Meghan Markle are "all right" after opening up about the difficulties they have encountered in their new documentary, "Harry and Meghan: An African Journey."

A source reportdly added claimed the couple s perceived being in a "in a fragile place."

The couple was straightforward when talking about the pressures of being in the global spotlight.

Prince Harry spoke about his mental health, which required "constant management." During the program, the prince defined his grief surrounding his mother's death as a "wound that festers."

He then said he would not be bullied into playing a game that killed his mom.

Princess Diana became the most photographed woman on the planet after marrying Harry and William's dad, Prince Charles. She died in a car crash in 1997 after being chased through the streets of Paris by paparazzi.

Harry explained that everything his mother went through and what happened to her was "incredibly raw" every single day, and he spoke about it in hopes of avoiding "a repeat of the past."

On the other hand, the Duchess of Sussex revealed that friends had already warned her about marrying into the Royal Family, noting that she has received warnings about the UK tabloids.

Markle admitted that while she doesn't think anyone can fully understand her situation before marrying the Prince, she had "no idea" what it would be like.

"When I first my now-husband my friends were delighted because I was so happy. But my British friends said to me: 'I'm sure he's great, but you shouldn't do it because the British tabloids will destroy your life," Markle shared.

She also added that being an American, appearing in the tabloids didn't make "any sense."

Wanting the relationship to work, and once it became publicize, Markle tried to adopt a "British sensibility of a stiff upper lip" to cope with the stress. However, she declared that the scrutiny she has received was "really damaging."

Meghan told Harry that it's not enough to survive something because it isn't the point of life, and it's important to feel happiness.

"The biggest thing that I know is that I never thought this would be easy, but I thought it would be fair and that is the part that is hard to reconcile," the Duchess of Sussex continued.

Harry talked also about his relationship with his older brother, Prince William. He clarified that they both have good days and bad days and that they are travelling on different paths.

When asked about the media reporting on rifts between the brothers, the Duke of Sussex responded, saying that "inevitably, stuff happens" as a result of his family being under immense pressure.

A senior royal source said that William is "concerned, as anyone would be watching the documentary."

Insiders told the media that the older brother was "worried." Prince William also reportedlly approved of the idea that the Duke and Duchess of Sussex should take a six-week break from royal duties, calling it a "good thing."

Fans commented that it's difficult for anyone to see a member of their family talking like that on camera.

The Sussex's has already launched legal proceedings against the UK's biggest tabloids. A spokesperson for Kensington Palace denied to comment.