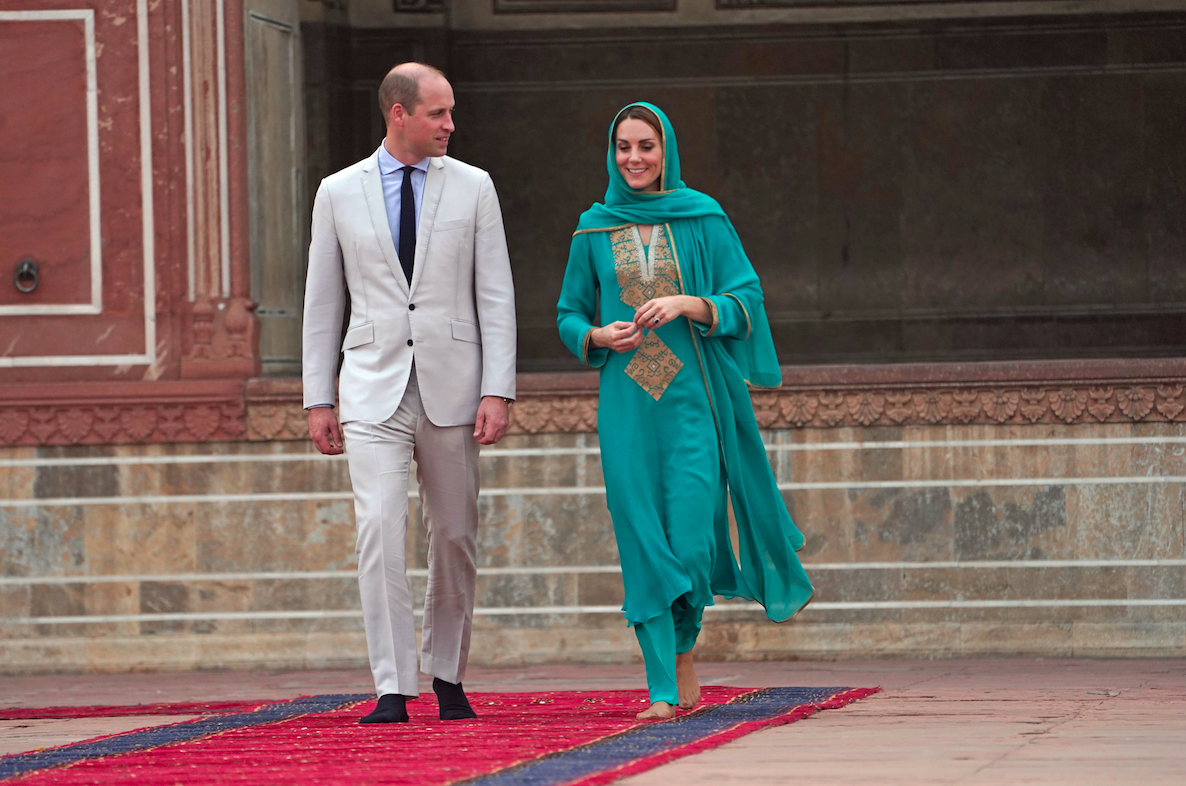 After their five-day Royal tour in Pakistan, Prince William and Kate Middleton are back in the UK.

Former Fifth Harmony member Camila Cabello, however, was also seen in Kensington Palace for a "private event." Apparently, Cabello doesn't only have pull within the music industry, but is also pretty chill with the royal family.

On Tuesday, the Duke and Duchess of Cambridge welcomed the singer into their home. The 22-year-old was a special guest to help honor 10 teens as part of the BBC Radio 1 Teen Hero Awards.

Cabello said in an interview with the BBC: "I was so honored to be invited to Kensington Palace to meet and celebrate this year's Teen Hero finalists with the Duke and Duchess of Cambridge."

The "Havana" singer added, "Hearing the incredible things these Teen Heroes have done is so inspirational. Their passion and dedication to help others is amazing and they really blew me away."

View this post on Instagram
Radio 1’s Teen Heroes of 2019 visited The Duke and Duchess of Cambridge at Kensington Palace earlier this month, along with chart-topping superstar Camila Cabello and BBC Radio 1 DJs Clara Amfo and Greg James. Now in its tenth year, @bbcradio1’s Teen Awards is the biggest teen event in the pop music calendar and shines a light on some of the UK’s most inspirational teens, seeing them crowned Teen Heroes of 2019 in front of an audience of 14-17 year-olds. This is the fourth consecutive year that Radio 1’s Teen Heroes have been honoured with an invitation to the Palace. The ten finalists were greeted by The Duke and Duchess, who praised them for their inspirational work and their dedication to helping others. #R1TeenAwards A post shared by  Kensington Palace (@kensingtonroyal) on Oct 22, 2019 at 2:35am PDT

Now on its 10th year, the Teen Heroes honor 12- to 17-year olds who inspire others, show bravery and heroism or make a change in their communities. Many have also conquered difficult times to become activists, crusaders, ambassadors or volunteers.

This year, there are three winners.

Hazel, a 12-year-old, has a rare genetic disorder called xeroderma pigmentosum (XP), which limits the ability of her body to repair damage caused by UV light.

She was first diagnosed at the age of three, and doctors advised her family to let the little girl stay indoors indefinitely. However, she was able to manage her condition safely with support from charities and specialist clinics.

She raised awareness of her disorder by making a film and giving talks to schools in her local area. She has even raised around $3000 for the charity that supported her by hiking the 900m high Ben Lomond mountain earlier this year.

Scarlett, a 14-year-old, is an autistic caregiver for her mom, grandmother and sister.

Scarlett and her mother has a rare, incurable nerve condition called HNPP, which can make everyday activities extremely painful. A typical day for her includes walking her grandmother to church, house chores, gardening and entertaining church goers.

She is also chair of the UK Youth Select Committee, which this year focuses on knife crime.

It is the fourth consecutive year that Radio 1's Teen Heroes have been honored with an invitation to the Palace.

This year's ceremony will take place on November 24 and will air on BBC Two.