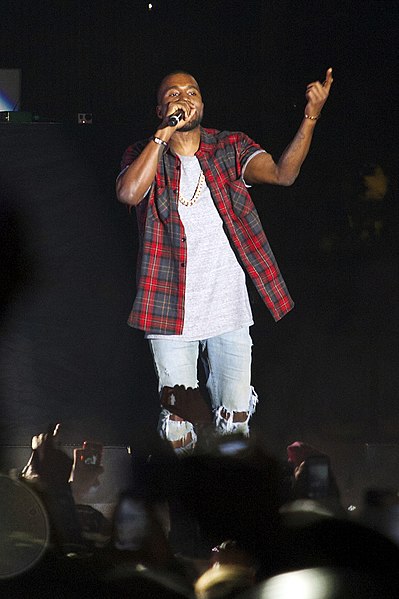 After once reinventing his wife's personal style and literally overhauling her wardrobe, it seems that Kanye West has changed his mind on Kim Kardashian's provocative image.

Kim graced the 2019 Met Gala with her head-turning skintight Thierry Mugler dress. While the reality star loved her look amid the pain it took to pull it off, it didn't sit quite well with his five-year husband, who thinks of himself as the style head of their household.

On the October 13 episode of "Keeping Up With the Kardashians," viewers witnessed a fight between the couple regarding Kardashian's fashion choice for the gala.

West explained that as a rapper, he wanted his wife to look like the other girls who were showing off their body. However, things are different now as he became a devoted Christian. It wasn't until then that he realized how it was affecting his soul and spirit as a husband and father to four kids.

Kim stood her ground, though, not showing any sign that she is putting up with West's criticism.

"So the night before the Met you're going to come in here and say that you're not into a corset vibe?" Kim asked rethorically.

She pointed out that West was giving her "really bad anxiety."

West answered: "You are my wife and it affects me when pictures are too sexy."

To this, Kardashian was quick to remind his husband that it was him who built her into a sexy person -- the same person who had urged her to build up her confidence. She also pointed out that while West is on a journey and transformation, she wouldn't necessarily be standing on the same spot as him.

A source told RadarOnline.com that while West used to be pushing his wife to show her appeal, he now became conservative and even visibly cringes when Kardashian leaves the house exposing too much skin.

The said source claimed: "He tries to rein her in as if she's a teenage girl, demanding that she 'can't go out looking like that.'"

West now wants Kardashian to "run her wardrobe choices past him" before she goes out to public, added the source. The rapper was even said to have thrown out some of his wife's revealing outfits.

In an interview with Beats 1's Zane Lowe on Apple Music, West defended his statement regarding his wife's Met Gala outfit. He noted that social media prompts women to put out contents they wouldn't have exposed in the past. He also said that there are other married men who agree and stand with his opinion.

In a clip from Kardashian's E! True Hollywood Story, West interestingly showed his support to his wife, saying: "Whether she's getting someone out of prison or she's posting a photo with her nipples barely covered, this is who I married."