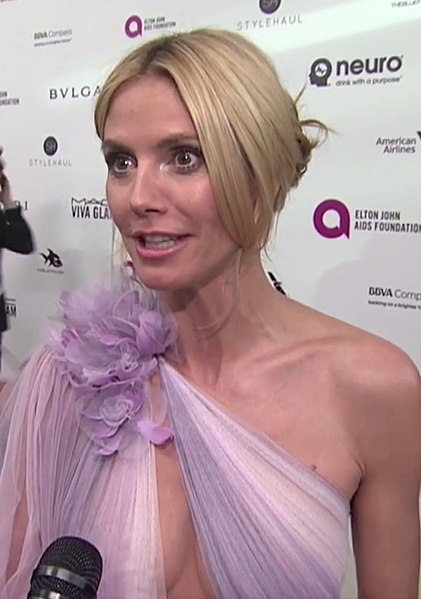 Onboard the Christina O yacht while cruising the waters of Italy, supermodel Heidi Klum married her musician husband. She's a picture of a woman who's enjoying the life of a newlywed.

Tom Kaulitz, a hotel singer in Tokyo, married Heidi Klum in August. A romantic ceremony tied the two lovers to become one at a star-studded wedding in Capri, Italy. The supermodel said that being married to the musician has been significantly different from her last two marriages.

"For the first time, I feel like I married a real partner," said Klum in an exclusive interview with People at Cipriani in New York on Monday night.

The 46-year-old supermodel added that she's happy with how her new husband makes her feel like she can share everything with him.

Klum revealed that they are still in newlywed-mode up until today. She described their first few months of marriage as something incredible -- to the point that she exclaimed that her husband "is amazing!"

Klum is currently in New York City until Thursday. Everything has been set for the annual Heidi Halloween party. This year will be its 20th anniversary.

Heidi sponsors the said Halloween party every year, during which some of the biggest names in the industry are expected to attend. Everyone's excited to see who they are going to dress us as

Last year, Kaulitz and Klum came as Shrek and Fiona along with their baby Ogers. The former had to wear the full costume with the big belly. Though he didn't mind it, Kaulitz told Heidi that the costume was so hot it was like he was dying inside.

While she never reveals her costume ahead of time, Kulm gave some hints. She revealed that they will still be wearing a couple of costumes, only this time, Kaulitz is going for something that is a lot easier to prepare and wear. She continued saying that he is as nuts as her about wearing costumes, but she made sure he can move easier with his costume this year.

When asked what she will be wearing, she only said that the preparation time is going to take ten hours. Klum also pointed out that she will have a hard time walking around in it.