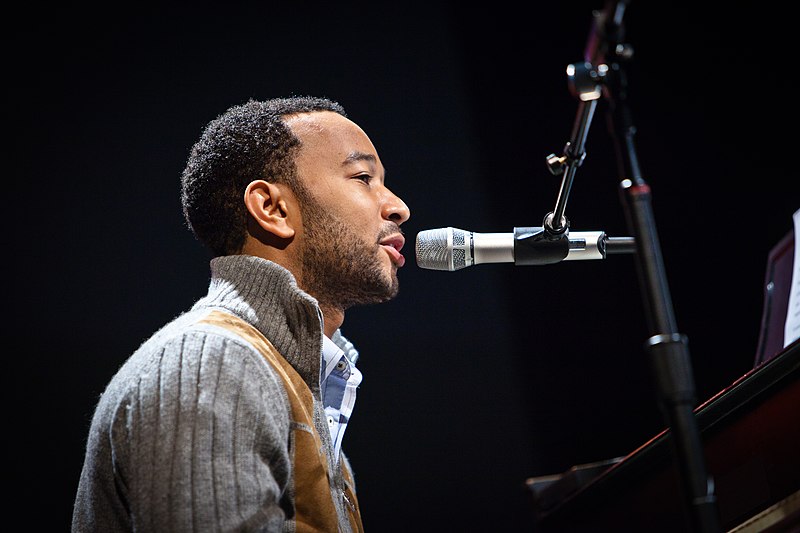 Frank Loesser's Christmas season song "Baby, It's Cold Outside" was given a new and modern narrative, courtesy of hit singer John Legend and comedian Natasha Rockwell.

Due for release next month, this Oscar-winning Christmas classic was brought to a new light by Legend and fellow "The Voice" coach Kelly Clarkson. The song will be included in Legend's first Christmas album.

In the updated PC version, the song is no more about a persistent man convincing a lady to spend the night with him, reported NBC News. In the sampling of the lyrics given by Legend's people, instead of hinting at a date rape, when Clarkson sings "I've gotta go away," Legend would answer with "I can call you a ride" -- rather than the original "baby, it's cold outside."

In the part of the song where Clarkson fusses about her mother worrying about her, Legend responds with "I'll call a car and tell 'em to hurry" rather than singing, "Beautiful, what's your hurry?"

More of the updated lyrics were revealed to Vanity Fair in a recent profile of Legend and his wife, Chrissy Telgen.

Clarkson sings at one point, "What will my friends think?" Legend answers, "I think they should rejoice.

And when Clarkson sings, "If I have one more drink," Legend sings back, "It's your body, and your choice."

"A Legendary Christmas: The Deluxe Edition" will be released on November 8 by Columbia Records.

Baby, It's Cold Outside

First released in 1944, "Baby, It's Cold Outside" became a hit song and has since then became the topic of an unending debate.

Initially, it was a playful call-and-response duet between the songwriter Frank Loesser and his wife that they performed at their housewarming party. In 1948, the song was recorded for the musical film "Neptune's Daughter," and in the following year won an Academy Award.

For the most part of the song's long history, the only issue people have with it was the fact that the lyrics wasn't exactly talking about the holiday season -- it wasn't fitting to be called a Christmas song.

The earliest known article pinning the song as "an ode of statutory rape" was published in 2004 by Canada's National Post.

"In sum, the man gets the girl drunk amid her protestations so he can take advantage of her," read the said column of Rob McKenzie and Joe Bodolai.

Through the years, the controversy took off from having a joking tone to a serious one, as more and more people tried to dig into a deeper analysis of the song. Some articles pointed out that it "describes what may be a date rape."

The songwriter's daughter, Susan Loesser, sat down in an NBC interview last year. She said that she could understand why people attach controversies to the song, but she wanted people to see it at the context of its time.

"It's a song my father wrote for him and my mother to sing at parties."