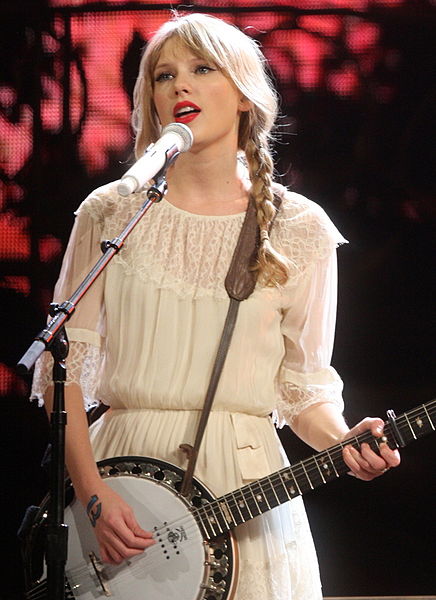 October 19 is National Cat Day, and it was definitely a chance for Taylor Swift to celebrate her favorite animal and promote her upcoming film.

The 29-year-old singer-songwriter took to Instagram to celebrate the day with her feline friends, adorably named Meredith Grey, Olivia Benson and Benjamin Button.

She even posted a picture of herself with one of her beloved pets over her shoulder. On the caption, she urged her followers to hug their cats, too - unless their little four-legged friends don't want to be hugged. She added four emojis to represent their family: three cats and a blonde girl.

Swift first met her youngest cat, Benjamin Button, on the set of her "ME!" music video.

The singer's connection with felines does not end with an owner-pet relationship - the ailurophile takes it to another level as she works with director Tom Hooper for the live-action film adaptation of "Cats."

"I have cats. I'm obsessed with them. They're just a real joy to live with," Taylor told Time. "And I love my cats so much that when a role came up in a movie called 'Cats,' I just thought like, I've gotta do this. This is my calling in life to do this for the ladies." And by 'ladies,' she seems to be referring to her cats.

Swift will make an appearance in the movie as the character Bombalurina. But her involvement in the movie does not stop with that role.

Fans of the original Andrew Lloyd Weber's musical may be surprised to know that the theatre maestro has teamed up with the "Lover" star for an original soundtrack of the movie. Lloyd Webber told Daily Mail that Swift had written the lyrics to a new song, "Beautiful Ghosts," for the film over a year ago.

The said song will be featured in a performance of the feline named Victoria, who would be portrayed by ballet dancer Francesca Hayward. Lloyd Weber said that the song would also be sung briefly by Old Deuteronomy, which would be played by Dame Judy Dench. Swift would also be performing her own rendition of the song over the end credits.

This new soundtrack will make the film eligible for the best song categories in the annual prestigious film awards, including the Academy awards.

This film adaptation is directed by Tom Hooper, who was the man behind 2012 live-action of "Les Miserables." The film trailer left the fans awestruck and excited to watch the full movie, which will be open in cinemas in the U.K., U.S., and Australia in December.