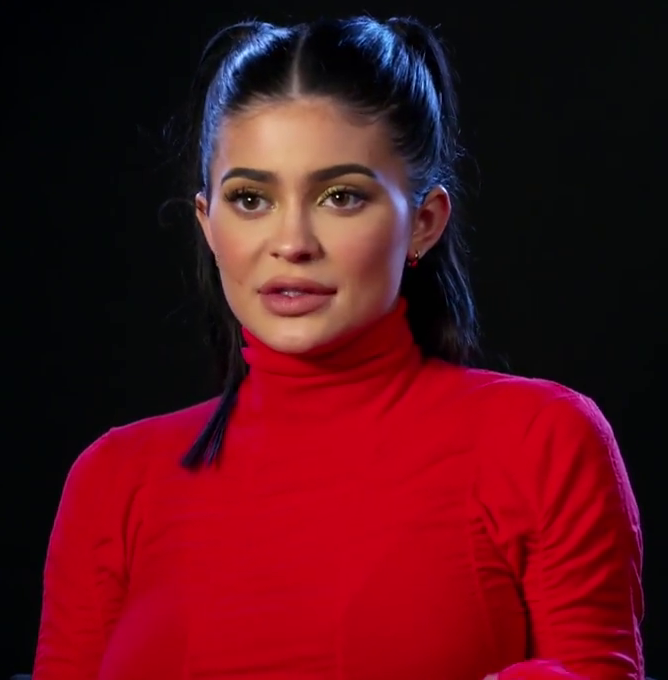 Kylie Jenner files a restraining order against a Halloween stalker who showed up at her house and pounded at her door to see her.

The man has officially been charged for this dismeanor and also for bringing a glass pipe into jail.

Things could have been worse for Kylie Jenner.

A "fan" walked up to the media personality's driveway last Tuesday, according to the documents filed by Jenner's lawyer Shawn Holley that were obtained by TMZ. The guy, who intrusively knocked at her home, claimed that he was there to see Jenner.

However, the man didn't simply stride to get to Jenner's front door -- he hiked over the gates of her community!

Thankfully, a security guard was there to escort the man off the premises. The guard filed legal documents upon the latter's arrest, saying that he was on an "erratic and nervous" state.

As the mom of one-year-old Stormi Webster, Jenner couldn't help but feel worried for both her and her daughter's safety. She is afraid that the guy would continue to tail her around or even show up in her residence again in the future. She said the guy is following her and her other family members on social media.

Jenner was not home when the man barged into her property.

The stalker fan has been ordered to stay 100 yards away from Jenner, her home and her car.

It wasn't the first time Jenner was victimized by either obsessive or delusional stalkers. Last June 2017, a crazed stalker tried driving through her front gate -- not only once but twice.

On his first attempt, the man reportedly got mad and aggressive when the security personnel turned him down on his "meeting" with the star. The man, furious, rammed his car into the gate, cracking it.

A few weeks later, he came back only to ram and crack the gate again. Fortunately, the cops were there to track him down from the security videos. The man reportedly said that the guards were being "rude" to him, which was why he chose to drive right towards the gate. He was charged with two counts of vandalism. At the same year, the man was arrested for stabbing two people to death, showing just how dangerous this stalker proves to be.

Another stalker back in 2015 attempted to get into Jenner's mansion. He stormed into the reality star's home in Calabasas after being seen roaming around the premises at least 10 times. He was said to have claimed that he is "soul mates" with Jenner. He was taken into custody and was reportedly sent back to a psychiatric ward.

Being part of the glamourous Kardashian-Jenner family is never easy. While they live in glamour and wealth, they are still as vulnerable to harm and tragedy as anyone else

There is a dark side to fame that hovers over them, and in these situations, even their own lives may be at risk.