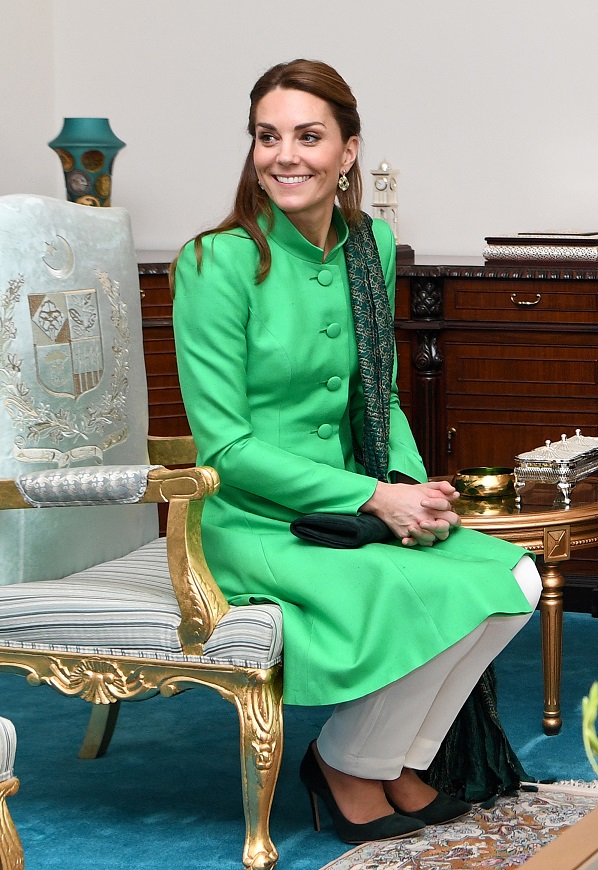 Despite the positive reviews about Kate Middleton, it looks like she is just like all the other regular moms. Does it mean she needs a break too?

The Duchess of Cambridge was recently spotted at the Hollywood Arms pub and restaurant in the neighborhood of Chelsea in London, reports released by Daily Mail on Sunday.

Is she out to have some fun? Insider sources of the Daily Mail revealed that Kate Middleton was in the pub to take part in meet-up for parents of new students.

In September, both Prince William and Kate Middleton -- accompanied by the six-year old Prince George -- all brought four-year old Princess Charlotte to her first day of school at Thomas's Battersea. She is starting preparatory in a $23,000 a year private school education.

The question, really, is not why Kate is in the pub. Rather, people are more curious to find out how she was able to sneak in the meeting without any press noticing.

Did she break royal protocol too, like Meghan Markle? In truth, Kate was able to move past all the possible cases through a secret back door in the pub. Some people said that this secret door has a lot to do with her brother-in-law, Prince Harry. Sources claimed that the secret door was built for Prince Harry, who wanted to be able to get into a local joint without causing a huge crowd or stir.

When it comes to being a mother, Kate has been nothing less than ideal. She is involved in the lives of all her three children, including her one-year-old Prince Louis. Kate grew up in a close-knit family, in a home in the countryside.

A friend of the Duchess of Cambridge told People revealed that Kate has always wanted to emulate her upbringing to her children despite being royals.

In fact, Kate has tried her best to make their childhood years as normal as possible. A few weeks back, Kate was spotted in a local supermarket in Sainsbury doing last-minute Halloween shopping for her children. A citizen overheard her asking Price George and Princess Charlotte what they wanted to dress up like in Halloween.

Kate also looked like any other regular mom when the whole family went out on a date outdoors to watch Prince William play in a charity Polo match. Their royal status was impossible to recognize at that time because the kids were playing like all the other kids do.

There is no wonder why Kate would try to sneak in a pub, not to rebel of some sort. But she came in at the risk of being reported negatively only to perform, yet again, another duty as the mom of Princess Charlotte.

Seeing her mingle with all the other parents just proves one thing: motherhood brings about the best in a woman, royalty or not.