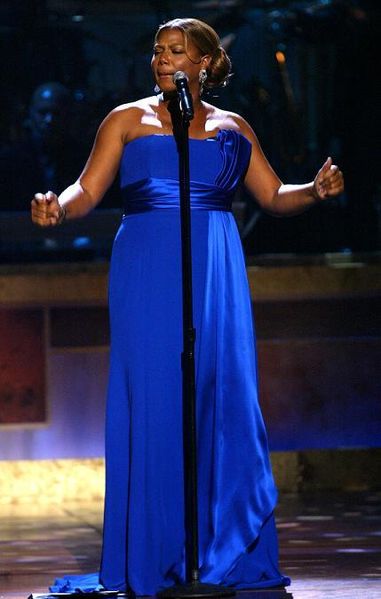 Who hasn't seen "The Little Mermaid" in the movies? It is one of Disney's most prized possessions and for very good reasons. Every little girl grew up wanting to become a mermaid like Ariel.

But things are not quite like that for ABC's "The Little Mermaid Live!" While every actor in the show tried their best, it seems that it has not touched the audience like the classic film.

Queen Latifah as Ursula, however, is a whole different story.

Some say that Queen Latifah singlehandedly tried to save the show from being a flop, but was ultimately unsuccessful.

Don't get this wrong. Queen Latifah stole the show. She was everything the viewers could ever want from an Ursula -- giving the vocals, the drama, the body -- and she looked like the real Ursula that everyone has seen in the classic movie. However, it is not a one-woman show, and her memorable performance was not enough.

It looks like everyone thought the same. Queen Latifah's name is all over Twitterverse, as everyone agreed that she snatched the show. Some say that nobody could have pulled off the character if it wasn't for her.

Now, the original antagonistic character in the classic film seemed to be the one saving the day and Prince Eric too.

The critics specifically pointed out the costume of Ursula. It got all the praises. In comparison to the costume of the other characters in the production, hers particularly stood out. Some commented that the other stars in the show like Shaggy may have pissed off costume people considering what they made him wear as Sebastian the crab.

On the other hand, in one of the tweets, a fan mentioned how Queen Latifah in her performance as Ursula became the show's saving grace. It said that every cast and crew of the show don't seem to know what they are trying to produce, but Queen Latifah tried to save the day.

Her performance was highly praised that some fans are suggesting that Disney should consider including her in the live movie version of "The Little Mermaid." A Twitter user even said that if Queen Latifah was not part of the live movie version of the Disney classic, the movie would surely be a flop just like ABC's "The Little Mermaid Live!" production.

At the end of the day, however, Queen Latifah's performance does not speak for the entire show.

Everyone may have loved her costume, her voice and her entire performance, but a huge part of the audience didn't like what they saw as a whole. She was a stand-out in the performances, but did it save the show from being a flop? Looks like the production cast and crew need to do more.