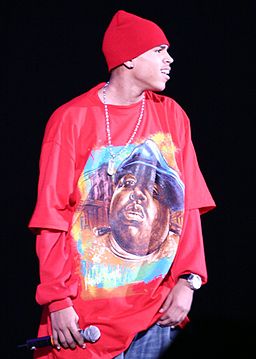 If you were anywhere near L.A. on Nov. 7-8, you must have heard of Chris Brown's two-day Yard Sale at his Tarzana mansion.

Brown announced it on Tuesday, Nov. 5 -- the same day LAPD reportedly tried to shut it down even before it started.

Officers reportedly received a complaint that Brown was selling outside goods at his residential property. However, those were the singer's own clothing which were already inside his home.

An officer from the LA Department of Building and Safety Code Enforcement (LADBS) also reportedly showed up at his residence. The official allegedy lingered for over an hour to discuss garage sale rules with Chris' Team.

Moreover, law enforcers were said to have required Brown to get a yard sale permit.

Yard sales are prohibited in LA from Monday-Friday, but the local ordinance only applies to unincorporated cities. Brown's residence is in an incorporated city -- San Fernando Valley.

Police reportedly continued to patrol around Brown's residence for safety reasons during the two-day yard sale from 10:00 a.m. to 7:00 p.m.

Fans were ecstatic over the ultimate celebrity closet raid. Yard sale items included high-end designer items like Balenciaga and Gucci ranging in price from $10 to $150.

Many items were as-seen clothing and memorabilia from Brown's red carpets, concerts and music videos.

Some scored deals like $500 for clothing and Jordans worth thousands. Another walked away with four bags of clothing for under $300. Many bought items to resell online.

Shoppers were even treated to free ice-cream and water to beat the heat. Brown showed gratitude to his fans with a brief appearance on the last day.

One woman took to social media to show off a hoodie she bought from the yard sale. Lo and behold, in the pocket was actual weed in a Panda Smoke weed container.

Interestingly enough, the hoodie had Tumbleweed written on it. The Portland brand sells hoodies for around $60. There was only a small portion of dried herbs in the container. Still, she certainly got more than she bargained for.

It is not surprising to see weed in Chris' hoodie. He is known to smoke weed on-stage, in-flight, and well, there is Chris' song "Bitches N Marijuana."

Could Breezy have faced jail time for the weed? No. Smoking weed for recreational purposes is legal in California since 2019, but it must be smoked inside a private property.

Anyhow, for all who could not come to the yard sale, check out Breezy's post on Twitter. It featured the last day of the yard sale with buyers sending out their thanks. The background music is Chris Brown's "Overtime."