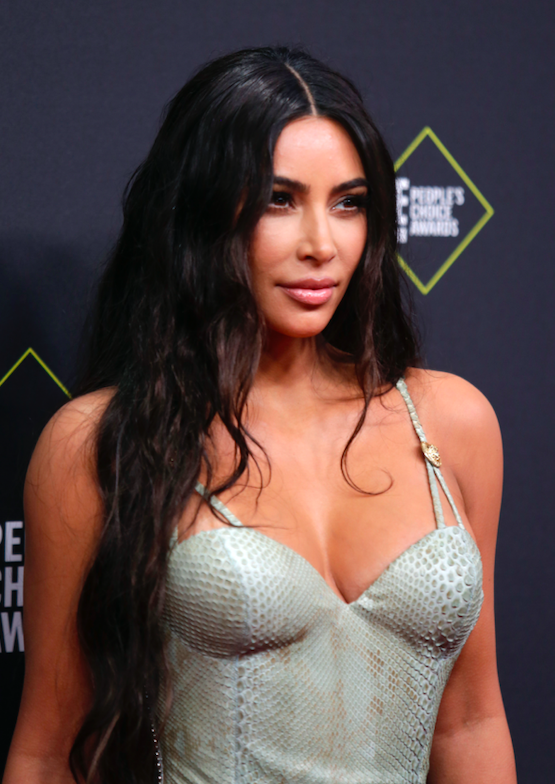 It is round two for a Kim Kardashian West Beauty x Mario Dedivanovic collaboration.

The first collab was sold out within hours, and it was hard even to get a restock. For those who were not able to get their hands on the must-have eyeshadow palette or creamy lipsticks the first time, this is your chance.

The "Artist & Muse" collection will drop on November 22nd.

The KKW Beauty founder shared the news on her Instagram account with 140-plus million followers, saying that she has seen Dedivanovic grow from a talented young artist 11 years ago who has "worked his way up through the years the old-fashioned way."

View this post on Instagram
For over 11 years, Mario and I have worked together and created some incredible glam moments. I’ve watched him grow from a talented young artist who slowly and respectfully worked his way up through the years in the the old fashioned way, never expecting short cuts and always putting his work and others first. He values hard work and is loyal to the core. Never one to follow trends, he’s become a trailblazer, pioneer, educator and an inspiration to artists around the world. I’m so excited I can finally announce our 2nd collaboration together. I’ve watched him work passionately for the past year on this collection and campaign (and he’s also driven us all crazy!) in his quest for perfection. Stay tuned for round 2 of KKW x MARIO: The Artist And Muse ♥️ You guys are going to love this collection!!! A post shared by  Kim Kardashian West (@kimkardashian) on Nov 12, 2019 at 9:04am PST

Kardashian added, "[Mario] never one to follow trends, he's become a trailblazer, pioneer, educator, and inspiration to artists around the world."

Dedivanovic, meanwhile, shared an emotional post on his Instagram and noted that he has decided to devote his time and energy on projects that that are meaningful to him -- especially now that he is entering his 19th year as a makeup artist. He then praised Kim, who has supported and inspired her for over a decade now.

View this post on Instagram
Can’t believe the time has come to finally announce this passion project I’ve been working on for the past year. #KKWxMARIO : The Artist & Muse. This collection means the world to me. As I approached my 19th year as a makeup artist, I made a decision to solely devote my time & energy to projects that are 100% meaningful to me. For the past 11+ years, Kim has not only been a muse to me, she’s been a source of inspiration to an entire generation of beauty lovers around the world. She’s opened doors and provided opportunities for me and for makeup artists in general that I know have changed this industry forever. With this collection and campaign (which consists of some of my all time favorite shades and textures) I wanted to personally honor her and to thank her on behalf of every boy and girl out there who’s life she’s touched in some way. She is my muse and she is our muse. ♥️ stay tuned for all of the amazing campaign images. I hope I make you all proud #MakeupByMario @kimkardashian @donnatrope @kkwbeauty. Launching 11/22 on kkwbeauty.com A post shared by  MAKEUP BY MARIO (@makeupbymario) on Nov 12, 2019 at 10:12am PST

Dedivanovic also thanked Kim for opening doors and providing opportunities for him and all the makeup artists he knew.

"I want to personally honor her and thank her on behalf of every boy and girl out there whose lives she's touched in some way," Mario added.

Looking at the campaign pic, it seems like his collection will feature eyeshadows in warm copper and bronze tones.

They once did an IGTV in black and white spreading products on the table.

"If I had to choose just one eyeshadow in the world, it would be this one," Dedivanovic said on the video. Dedivanovic's first collection with the brand was released in July 2018.

It included four products, neutral peachy-toned cream lipstick with matching lip-gloss, a ten-pan eyeshadow palette. In his first launch, he said he created the products so people could easily recreate the looks he has done in the past.

View this post on Instagram
#KKWxMario: THE ARTIST & MUSE. A special & meaningful project and collection thoughtfully created over the past year by the artist @makeupbymario for his muse @kimkardashian launching 11.22 at 12pm PST. Sign up to be notified at KKWBEAUTY.COM A post shared by  KKWBEAUTY (@kkwbeauty) on Nov 12, 2019 at 9:06am PST

Speaking to Allure last year, "There have always been certain key eye shadow and lip colors that I've used on Kim, and while over the years we've used tons of different products, they've always been the same shades."

Still, there are no concrete details about the colors for the eyeshadows and lipsticks and what products will be added to the Kim Kardashian and Mario Dedivanovic collection.

This summer, Kardashian and her makeup artist have already been giving subtle hints about his makeup products. One speculation, before this announcement was that Dedivanovic was finally releasing his own brand with his own products.