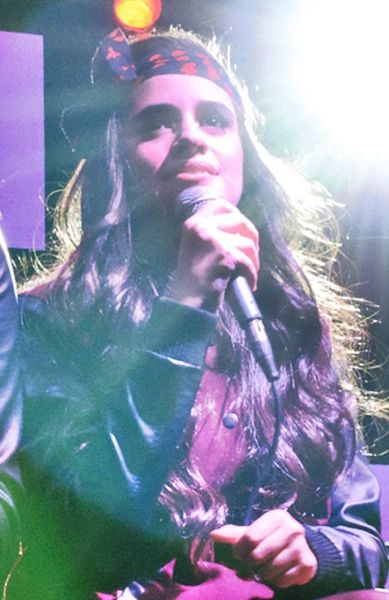 Camila Cabello and Shawn Mendes are into each other. From their recent courtside PDA to getting inked, these two continue to prove they are really in love.

Indeed, date night has never been this fun!

The two have confirmed in October that they have been exclusively dating each other since the fourth of July. On Tuesday, they took their date to the shop of Kane Navasard, a Los Angeles-based tattoo artist.

Mendes has again decided to add one more piece to his growing number of tattoos, while Cabello was "welcomed" to the club with her first.

In the Instagram stories of the tattoo artist, Navasard shared the designs both singers have picked. Cabello's tattoo featured the phrase, "It's a mystery." It was written in script font like that of the old English language. The tattoo is inside of her pinky finger. The phrase is in reference to the 1998 version of "Shakespeare in Love," starring Gwyneth Paltrow.

Navasard captioned the shot with "Welcome to the Club."

@Shawnmendes got a new tattoo with the letter 'A' and @Camila_Cabello got her first tattoo 'i'ts a mystery'!!!! pic.twitter.com/1BvKSBbjNs— Shawnmila updates (@shawmila____) November 13, 2019

Although the two went there to both get tattoos done, Mendes opted for a different design. Instead of a quote from the same movie, Mendes asked the artist to add a small "A" behind his right ear. The A stands for "Aaliyah Medes." The singer added this as a tribute to his younger sister.

Navasard shared a photo of the tattoo on his Instagram page and wrote this as a caption, "Little letter A for the man" while tagging Shawn Mendes.

The "Stitches" artist has had a lot of tattoos done. In fact, the most obvious one is a picture of a sparrow on his right hand. In 2018, Mendes revealed that he had an artist add an "8" on his middle finger. Fans have speculated that the number might be representative of his birthday on August 8.

What was particularly intriguing, then, was that he got the tattoo along with Hailey Baldwin-Bieber. Neither singers have shared a photo of the tattoo on their social media accounts.

Cabello and Mendes' new tattoos came two days after the two have been caught by the cameras showing courtside PDA at the Clippers' game. The two were linked back in June when their hot and steamy music video for their song, "Senorita" was released. However, the two have confirmed that they were officially together only this October.

Cabello is set to pay tribute to her boyfriend and their romantic journey in an intimate show for the release of her third album. She expressed how nervous she was in the release of her new single, "Used to This." The song is about accepting the idea of being in love.

Fans are wondering what their next tattoo would be or how they're going to spend the next date night.