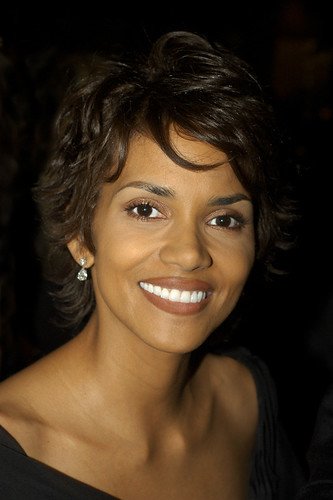 Halle Berry made some shocking claims regarding her ex Gabriel Aubry on newly unearthed legal documents from their 2011 custody battle.

Berry's claims consisted of Aubry making her life miserable with constant psychological abuse and racial outbursts. Berry said that her ex refuses to acknowledge their daughter, Nahla Aubry, as biracial.

The Oscar winner held nothing back as she continued her accusations of Aubry, revealing that Gabriel had an incestuous sexual relationship with a family member. Berry also blamed him for ruining their sex life together by reducing it to as much as thrice a year.

Berry claimed that Aubry's incest went on for years until the unidentified family member ended their relationship.

On top of this, Halle continued that Gabriel had a lot of mental health issues that he refused to acknowledge and treat such as depression and social anxiety. This contributed to the end of the relationship in 2010.

Aubry's attorney, however, neither confirmed nor denied these claims as the lawyer asked the court to strike a lot off Berry's testimony. The lawyer pointed out that these were considered as "not relevant" to the case at hand.

The whole custody battle was centered on Halle's plans to live together with Nahla in France to join her boyfriend at the time, Oliver Martinez.

Around that time, police also reported that Martinez and Aubry brawled -- with Aubry initiating the fight. As Martinez attempted to have a discussion with him when Aubry dropped Nahla off for thanksgiving, a verbal argument ensued leading Aubry to throw the first punch but eventually missing Martinez and hitting his shoulder.

The fight ended with Aubry receiving a lot of painful looking injuries -- bruises and cuts around his eyes nose, and forehead and with fractured ribs. In addition to this, he was also charged with misdemeanor battery.

The custody battle ended with Halle Berry forced to pay $16,000 a month to pay for child support and $300,000 for Aubry's legal costs.

The custody agreement between the two is now split 50-50. Berry also volunteered to pay 100 percent of Nahla's school tuition and is covered by her health insurance plan -- even though she is only required to pay for 50 [ercent for medical costs not covered by her plan

In 2014, Halle Berry filed to reduce the child support payment from $16,000 to $3,000 as Aubry refused to start working as he was completely content with living off Berry's child support.

Berry later moved on to marry and have a son with Martinez. Soon after, they were divorced.

So far, Gabriel Aubry and Halle Berry have not given any statements regarding the previously sealed legal documents.