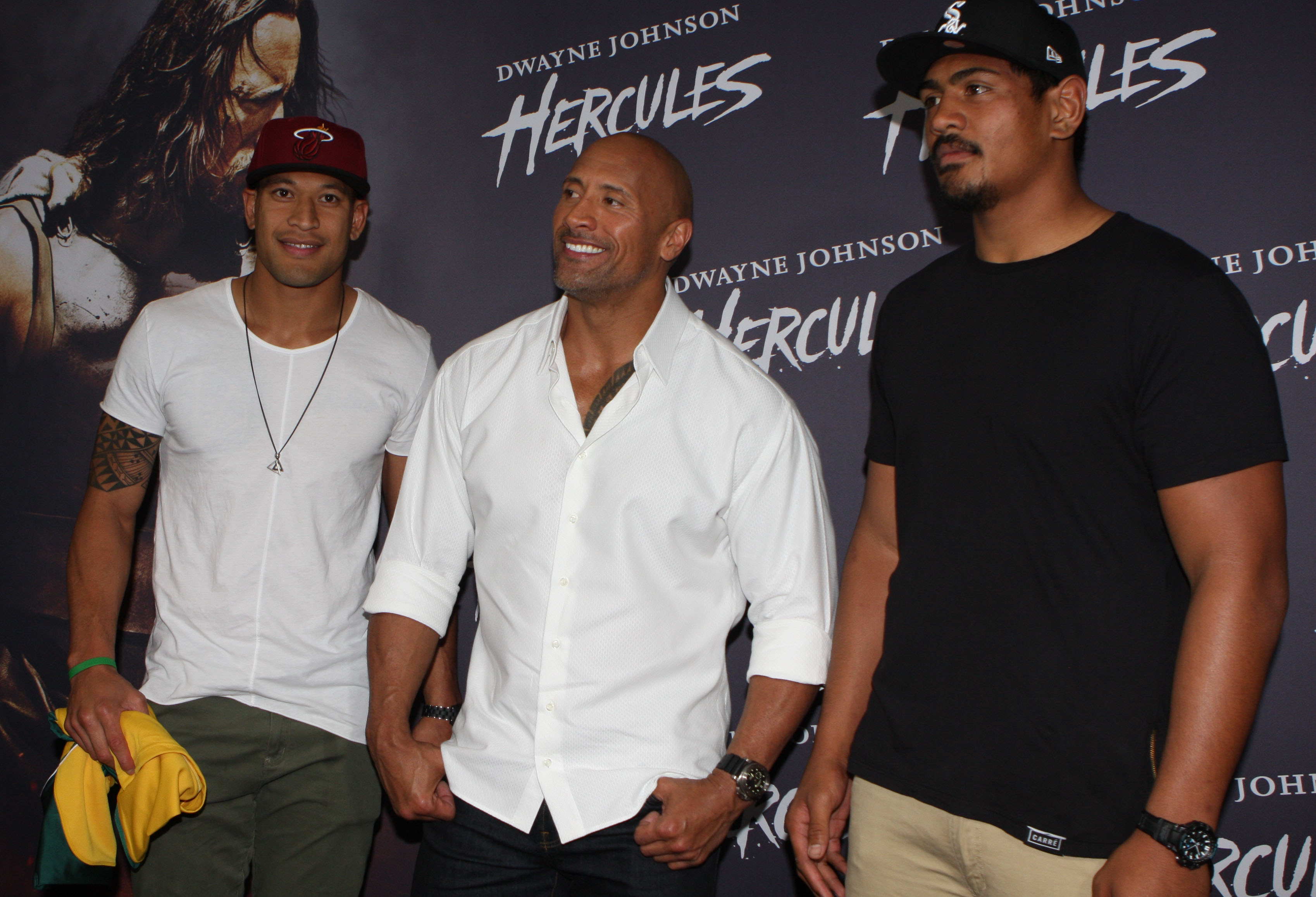 Dwayne "The Rock" Johnson has taken on a lot of roles, but his fans could not help but ask -- when will he be a superhero? He has the looks and the makings of a superhero, but when is he going to get his chance?

The wrestler-turned Hollywood superstar will be making a lot of his fans happy, especially in his new role in the DC Extended Universe.

The Many Faces of "The Rock"

When he began his career, Dwayne Johnson was known as the "The Rock" by wrestling fans. In fact, he was making a big name for himself in WWE when opportunities for a Hollywood career knocked on his doors.

It was in the early 2000s that he began to be known as Dwayne Johnson and not long after, "The Rock" became a household name, even for kids.

His role as a villain in "The Mummy" and "The Scorpion King" paved the way for his Hollywood career. Nobody could have done better with his character in the movie. He had several other films after that, including "The Tooth Fairy," which was an instant hit to the entire family.

One of his biggest movies was with the "Fast & Furious franchise." He also recently starred in "Jumanji."

Johnson as a superhero has always been on the ropes. After all, he looks like one.

His management was just waiting for the right call to make it happen. The news about him playing the role of Black Adam in DCEU broke out five years ago, but little has been heard since then. Nothing was happening until 2017 when more concrete information about Johnson's role became evident.

Initially, the plan was for Shazam and Black Adam to be in one movie. DC, however, opted to go for "Shazam!" first and work on "Black Adam" later on in a separate movie.

Finally, this Thursday, Johnson shared the image of Black Adam and captioned it as the "first official artwork of Black Adam."

Who could say that it is not him?

View this post on Instagram
The Man in Black ️ Like most kids growing up, I dreamed about being a superhero. Having cool superpowers, fighting for what’s right and always protecting the people. It all changed for me, when I was 10yrs old and was first introduced to the greatest superhero of all time - SUPERMAN. As a kid, Superman was the hero I always wanted to be. But, a few years into my fantasy, I realized that Superman was the hero, I could never be. I was too rebellious. Too rambunctious. Too resistant to convention and authority. Despite my troubles, I was still a good kid with a good heart - I just liked to do things my way. Now, years later as a man, with the same DNA I had as a kid - my superhero dreams have come true. I’m honored to join the iconic #DCUniverse and it’s a true pleasure to become, BLACK ADAM. BLACK ADAM is blessed by magic with the powers equal to SUPERMAN, but the difference is he doesn’t toe the mark or walk the line. He’s a rebellious, one of a kind superhero, who’ll always do what’s right for the people - but he does it his way. Truth and justice - the BLACK ADAM way. This role is unlike any other I’ve ever played in my career and I’m grateful to the bone we’ll all go on this journey together. BLACK ADAM 12.22.21 ️ Huge thank you to my friends, @jimlee and @bosslogic for this first time ever bad ass collaboration.A post shared by  therock (@therock) on Nov 14, 2019 at 9:06am PST

Along with the image was a lengthy Instagram post. The actor openly talked about how much he wanted to be a superhero since he was a child. Specifically, he wanted to become Superman. However, it took him years to find the right fit, and it looks like he is ready to embrace the superhero life in the character of Black Adam.

Johnson further announced that he is grateful to finally be a part of the DC Universe.

"It is truly a pleasure to become BLACK ADAM," Johnson wrote, confirming that he has landed the role while promising that he would try to give justice to the trust that DC gave him.

Black Adam's character goes way back and the name suggests its own complication. Now, fans are wondering if he really is a superhero or is he a villain in the making. Fans will just have to watch to find out.