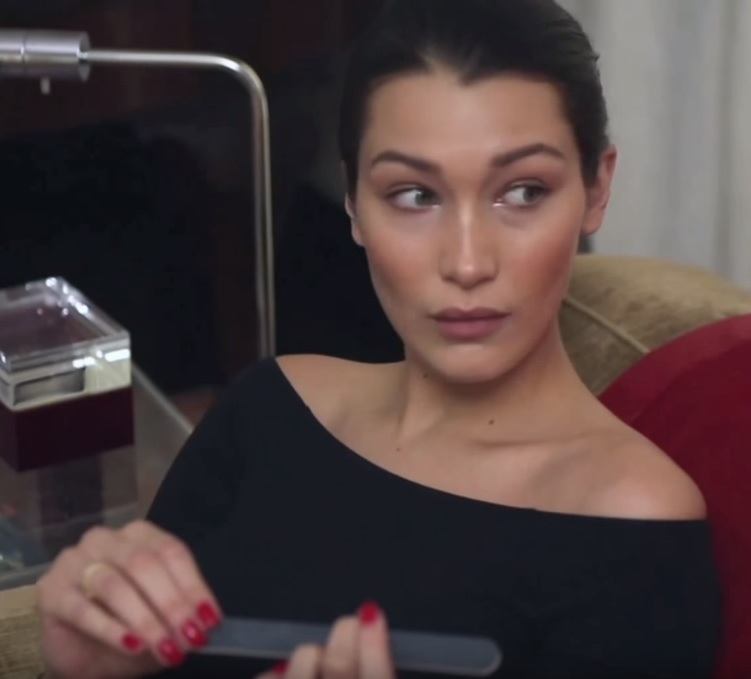 Bella Hadid shockingly admits that she was never comfortable modelling lingerie. Fortunately for her, Rihanna came and changed her attitude towards.

In an interview with New York Post, Hadid revealed that every time she shows off lingeries in the catwalk, she never felt sexy or empowered. It was not until Rihanna took her in to participate Rihanna's Savage x Fenty fashion show.

"Rihanna's amazing. For me, that was the first time on a runway that I felt really sexy," Hadid explained.

Rihanna took a lot of pressure off Hadid's shoulder by simply telling her to walk in any way she wanted.

Despite being a three-time Victoria Secret model and crowned as Model of The Year in 2016, Hadid confessed how the entire experience still makes her nervous -- so much so that she sometimes "forgets how her legs move."

Thankfully, Rihanna has helped her a lot in her struggle by creating a fashion show that truly catered to what women want. Rihanna looked through a female lens, unlike any lingerie show.

Hadid also opened up about her mental health and how everything has been a struggle for her ever since she started modelling at the age of 18 when she worked 14-hour days for four months straight.

On top of this, she was diagnosed with Lyme disease when she was 19. This made modelling so much more of a struggle since Hadid has to take regular medication and push through exhaustion and fatigue.

The 23-year-old described it as "a dark time" in her life. The disease affected her memory so she could not remember a few details. She even recalled a time where she could not get out of bed for six days.

Hadid was also honored at the Global Lyme Alliance, where she said that "life isn't always what it looks like on the outside."

Her depression did nothing to lift her self-esteem, as Hadid felt "guilty" for feeling depressed despite her glamorous life.

"I feel guilty for being able to live this incredible life, have the opportunities that I do, but somehow still be depressed. It doesn't make sense," Bella said.

Bella Hadid is feeling better now through the support of her friends and loved ones, but she still delivers a good message to everyone that no matter how good you think someone's life is, mental illness does not discriminate.