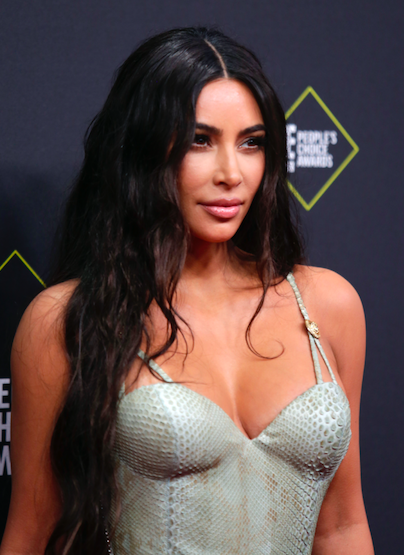 Kim Kardashian wants to be a lawyer and be involved in politics because she is a mother.

A loving mom to North West, Chicago West, Saint West, and Psalm West, Kim has taken massive steps in changing the environment they are growing in so that they will grow up peacefully.

In an interview with Today, Kim opened up about her lawyering work and how she hopes to make an impact in her efforts to improve the United States' criminal justice system.

While her focus remains to help those wrongly convicted, Kim said that she hopes her work will also provide her children with a safe place to grow in and become whatever they want to be without any hindrance.

"When you become a mom, you become so protective," Kim told Jenna Bush Hager during the interview.

"You want to, hopefully, make their world the perfect place ever. And ours isn't. And I see how, especially, like, black men are treated in this country, still differently. And I'm raising two black men, and so I want to make sure that my world and their world are as safe and as fair as possible."

In 2016, Kim was vocal about the killings of two black men, which left her speechless, angry and numb. Since then, she was worried about her sons, who are two black males.

"I don't ever want to tell him that he has to watch his back because the people we are told to trust - the people who protect and serve - may not be protecting and serving him because of the color of his skin."

"I want my children to grow up knowing that their lives better."

While Kim is always criticized for her "parenting skills," most fans believe that she is not a bad mom.

For now, most of her time, Kim reportedly spends weekends away from her kids reading and studying, but she put the kids to bed and spend her nights studying for law school.

She went on to talk about how she copes with feelings of being overwhelmed, "There are times I feel overwhelmed and when I feel like I can't do it, but I get the pep talks I need from the people around me supporting me."

Despite the hardships, the KKW Beauty founder said that being a mom is "everything" and "the best feeling in the world."

Even her mother, Kris Jenner, believes that Kim is putting her kids first before herself.