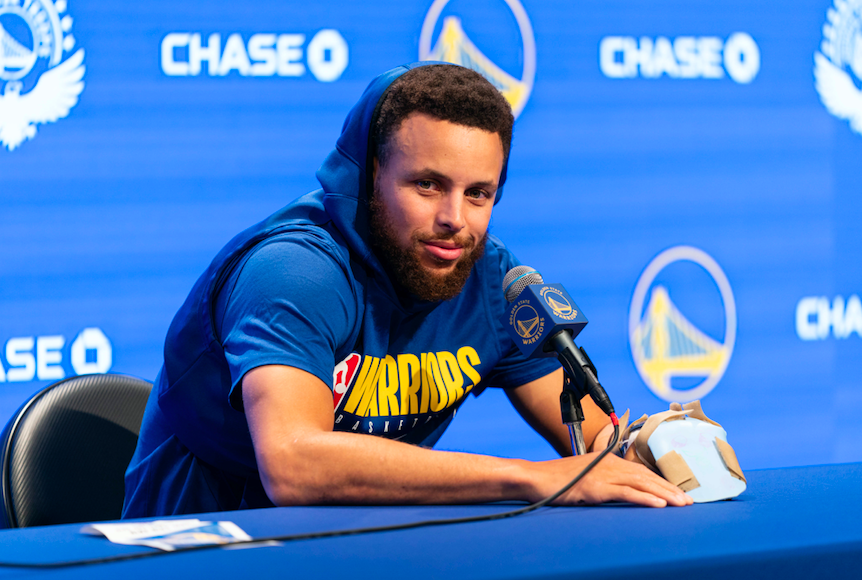 We all know John Legend for his music and Stephen Curry for his basketball skills. But do you know that both men own a film production company?

Curry and Legend are reportedly teaming up for a sports drama film titled "Signing Day," according to Variety.

The basketball player's Unanimous Media and the musician's Get Lifted Film Co. will produce "Signing Day" as one of the many projects of Curry that is currently in development with Sony. It is part of his multi-year production deal with the company.

According to Variety, Adam Hoff is the screenwriter and compares the upcoming film to "Jerry Maguire," where it follows an extremely driven sports agent trying desperately to sign a young, coveted basketball star as her client.

Here is a snippet of the movie:

"In her desperation and determination, she considered resorting to illegal and unethical means to book the client. She ultimately manages to sign this client, but does so in an honest and just way, realizing that the ends do not justify the means."

The movie is one of the many projects Unanimous Media has in development.

Curry will produce the fil, with Unanimous Media's Erick Peyton and Jeron Smith. Meanwhile, Get Lifted Film Co. has Legend, Mike Jackson and Ty Stiklorious, the CEO of Friends at Work.

In April, the Golden State Warriors superstar announced that he was getting into the entertainment business by way of a wide-ranging deal between the production company he formed and Sony Pictures Entertainment. Based on the deal, they will develop and produce premium TV shows, film and digital content that will emphasize on family, faith and sports themes.

Curry co-founded unanimous Media because he believes stories can reflect and change the way how people will look at the world.

"I know I have a unique opportunity to reach a wide audience. I want to leverage that to inspire and move people," Curry said.

Unanimous Media is founded on the principle that faith stories, in particular, can make a positive, unifying impression on audiences -- whether those audiences have faith backgrounds themselves.

John Legend: Not Just a Musician But a Businessman

On the other hand, Get Lifted previously reached an exclusive deal with ABC to produce scripted television shows across all platforms.

"John Legend and his Get Lifted partners, Mike Jackson and Ty Stiklorius have a strong, contemporary point of view. Their enormous success is no surprise considering their excellent taste and ability to tell stories that are timely and unique," Patrick Moran, President of ABC Studios, said n a statement

As of writing, there are still no additional details for "Signing Day."

READ MORE: Charles Barkley A Threat To Women: Here's WHY