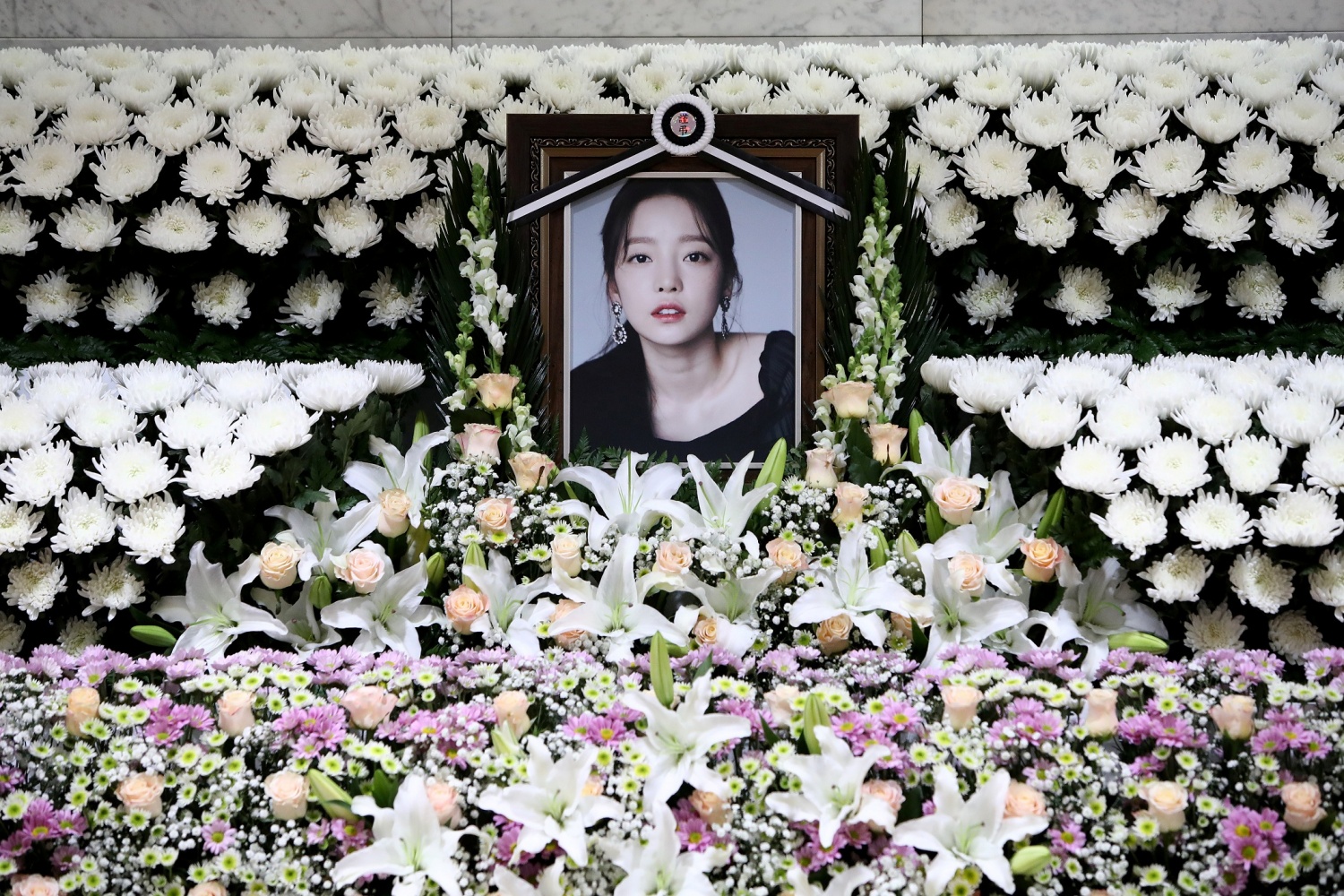 K-pop sensation Goo Hara has passed away at 28.

Hara was found motionless in her home in Cheongdam-dong, Seoul on Sunday evening. Police declared the cause of death as an unnatural death pending investigation.

Goo Hara's IG post 3 days ago which she deleted with a caption of "sleep well" #GooHara pic.twitter.com/QLKnOfqS3D — Vera (@hey_aloee) November 24, 2019

Hara previously shared a photo on IG of her motionless in a bath tub and captioned it: "Sleep well." Three days later, she shared another photo with her body under the covers and captioned it "Good night." Fans regret not seeing the signs right away.

Why we didn't see this? She put the same message twice. Damn twice. Please please be concern and alert to your surrounding Please don't hesitate to seek for help Please..........#GooHara pic.twitter.com/vlxS6finXM — コモ (@kkomofam) November 24, 2019

Earlier in May, Goo posted a cryptic post on Instagram with the word "Goodbye." Her manager got worried when the singer would not answer her phone and went to her place. Goo was then found unconscious after an attempted suicide.

During her recovery, Hara was made to apologize to her fans for causing a commotion. She went on to say she will "steel [her] heart and try to show up healthy."

Choi filed an appeal to reverse the ruling that found him guilty of assault. He was later found not guilty for physical assault and threatening the K-pop superstar.

By January, the agency that handled Goo had terminated her contract. In the aftermath of Goo Hara's death, her fans are advocating to have the assault case re-opened and investigated more thoroughly. Since her death, the hashtag #PunishChoiJungBum (#최종범_처벌 in Korean) is the leading hashtag trend in Korea.

Undeterred by her fate in Korea, the former member of the K-pop girl group KARA made way to Japan and released the J-pop dance track "Midnight Queen." Her comeback single was made six months after her first attempted suicide in Korea. She continued to go on tour in Fukuoka, Nagoya, Tokyo, and Osaka in November.

Back in October, Hara's best friend -- K-pop star Sulli -- also appeared to have taken her own life at age 25. Hara was in Japan at that time and was left with "no other choice" but to say goodbye to her best friend on an Instagram livestream.

Hara apologized to Sulli for not being able to go to her funeral. She added that she and Sulli were like sisters, as she cried the entire time during the livestream video. She went on to bid farewell to her friend and say, "I will live hard and work hard for you, Sulli."

Goo Hara and Sulli are but two of the many K-pop stars who died before 30.

South Korean singer Jonghyun also took his life due to the pressures of fame. Before he died, he texted his sister, "Please let me go, tell me I did well."

Ahn So Jin, who also tried to join the girl group KARA, lost all hope and succumbed to the same dark fate.

Shinhwa member Kim Dong-wan revealed that celebrities in Korea are obliged with the highest standards. "[We] must smile though we don't eat or sleep well." He also stressed that Korean female celebrities have it harder: "[They] must be sexy but never have sex, tough but never get into fights."

Female K-pop stars are scrutinized more immensely. They can receive criticism for wearing clothes that are too scandalous, for promoting feminism, and even just having a phone case with words like "Girls can do anything."