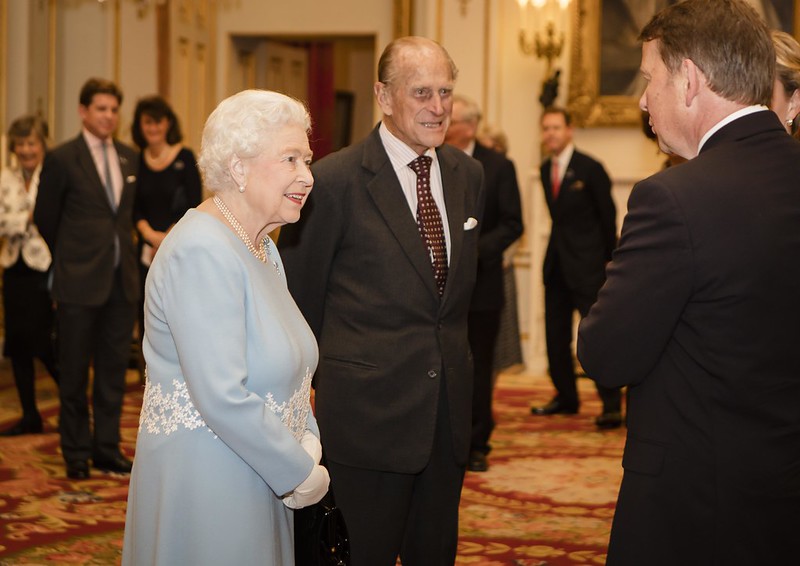 In the wake of Princess Diana's death, it was revealed that she was not Prince Charles' first choice. In fact, he was not ready to marry her as he was deeply in love with Camilla Shand.

However, when the Queen Mother had Camilla marry Andrew Parker Bowles, Charles was shattered. He was later introduced to Diana and after a few dates set for them, his father, Prince Philip, Duke of Edinburgh wrote him a letter to "propose to Diana or release her."

Due to the pressure to settle down, Charles ended up marrying Diana, and they became the Prince and Princess of Wales. Little did everyone know that his father Philip had the same heartaches before.

The Queen Fought For Love

72 years of marriage only to know the Queen was never the Duke of Edinburgh's first choice. Queen Elizabeth II was not the one he was desperate to marry.

Elizabeth Alexandra Mary Windsor was only 13 when she fell in love with Philip. He had Greek and Danish ancestry. He was a good-looking chap and a charming one as he is known in the British aristocratic circles.

The Queen's first cousin Margaret Rhodes revealed that the 13-year-old Elizabeth wrote to her giddy with being in love. The Queen would reportedly get her head over the moon in excitement when Philip would visit her.

The Queen had to wait eight years as Philip served in the British forces during the Second World War. Courting began, but not without refute. The royal family had not wanted Philip, a Greek exile without land or fortune, to marry Elizabeth. Yet, Elizabeth fought for her love.

Philip's Life Before He Met Elizabeth

Royal commentator Philip Eade revealed in an extract of his book "Young Prince Philip: His Turbulent Early Life" that Philip was only 17 when his father started worrying his son would get into "girl trouble."

The teenage Philip was sent to Venice to study for a special entrance exam for the Royal Naval College. He was staying with his aunt Aspasia. His father Andrea had to tell Aspasia to keep Philip out of girl trouble.

However, Aspasia found it almost impossible to put the young Philip in tight reigns. He was, after all, a charming lad who had his way with the ladies. Philip reportedly offered to drive girls home and went to many social gatherings.

Prince Philip Fought For Someone Else

Eade further revealed that Philip had his eyes on someone special. He would beg his aunt to allow him to linger at the gatherings because of Cobina Wright. She was a budding American actress who had many suitors besides Philip.

Wright's mother had great plans for Cobina. She was grooming Cobina in the film industry and wanted a spectacular marriage for her daughter at the end of it. So she set her up with Philip who had the titles Earl of Merioneth and Baron Greenwich.

Cobina was tall and slim. She had blonde hair, big blue eyes, and an amazing smile that attracted Philip who was only two months older than her. Cobina and Philip reportedly had a strong mutual attraction.

Philip and Cobina had nights out in the gondola on the Grand Canal. They would later dine and dance in London, capping the night off walking hand in hand.

Philip's heart broke when Cobina and her mother had to leave for America. He cried over he as they kissed and vowed that he would follow.

Cobina's friend Broadway producer Gant Gaither would later reveal that Philip continued to send love letters to Cobina in America. Philip had desperately wanted to marry the actress, but Cobina's interest in him had waned.

Heartbreaks and Finally, a Happy Ever After

Cobina Wright had married an American corporal though she continued to keep photos of Philip. When things did not work out between him and his love interest, Philip turned his attention to a beautiful Canadian debutante. At this time, Elizabeth was only 15.

Philip was captured by 18-year-old Osla Benning who had alabaster white skin and an exquisite figure. They were reportedly hooked up by a friend.

But as fate would have it, he and Oslo would not end up together as well. Though they kept in touch despite the distance, he would also, by this time meet Elizabeth whose turned 17.

Philip was staying at Windsor Castle with his cousin David Milford Haven. He was invited to a weekend of dinner parties and dancing.

The Queen's governess Marion Crawford would later describe Elizabeth's personality as having become "animated in a way never-before-seen" when she was with Philip.

After Philip fought in the Second World War, he sought to marry Elizabeth, but not before renouncing his ties with his royal family in Europe.